Avoided direct influence from Marker 3A

Abraham Howard Neumann was a devoted P-Sec operative.[1] He was usually called "Bram" by his co-workers. He staunchly disagreed with and strongly resented Unitology, making it somewhat ironic that his friend and partner, Vera Cortez was a Unitologist herself. Neumann once mentioned that he "lost" his wife to Unitology which may explain his dislike of the group.

Abraham Neumann was born on Mars on July 15, 2464. His father, whom he idolized was a cop. Immediately upon leaving school, Bram joined the Martian police to follow in his father's footsteps. Bram was a beat cop during the infamous Mars independence riots in Mars Capita, the planet's largest city-state. The violence and depths of the human behavior that he witnessed there led him to try out for homicide to get off the streets as much as anything.

He succeeded, but the celebration was tinged with sadness as his father died shortly after of heart failure. Bram threw himself into work to cope with his grief and quickly established himself as a tenacious, intuitive cop dedicated to his work.

Unfortunately, the long hours and stress of the department ruined his marriage. Bram married Joanna back when he was just a beat cop and she was unable to cope with a husband who was now constantly on call, always late at home and "too busy" to start a family. Seeking solace, she turned to Unitology which was slowly growing in numbers throughout the Mars colonies. The religion soon dominated her life, but Bram was perhaps willingly blind to its effects in his wife. Eventually, they fought when Joanna insisted on hosting a Unitologist group at their apartment and Bram moved out.

It was at this point that a new commander took over the Capita Homicide division: A stuffy, middle management suit who Bram quickly discovered was also a Unitologist. During a particularly heated argument of the department's lack of resources, Bram punched his commander's lights out and resigned. For a day, he was on the headline news on Mars.

Perhaps as a result of such a high-profile exit from the department, Bram was contacted soon after by an old homicide partner, now retired and working for the CEC's P-Sec division. He knew that they are looking for new hires and recommended the job to Bram as an easy life after the stress of being a homicide detective. Bram did not need persuading. Right then, he would have taken a custodial job so long as it was off-planet. He eagerly accepted to get as far away from Mars, his wife and Unitology as possible.

But, to his surprise, Bram found out that he enjoyed the work. It was sociable, low-stress and paid well enough that he soon became comfortable and had trouble remembering what it was that he ever liked about being a homicide detective. He soon rose to Sergeant and transferred to Commander James' squad where he met and partnered with Detective Cortez.

Though Bram was estranged from Joanna, they are still legally married. He continued to have occasional correspondence with her and strained irregular visits to see her on Mars. In his heart, he hoped that she would see sense and leave the Church with nothing hurt besides her pride. But, that day never came and one year ago, Bram discovered that Joanna gave the Church of Unitology their entire joint life savings including the money that he put aside since working for the CEC. As Joanna was still officially his wife, the Church insisted that this 'donation' was legal and the Mars courts dismissed Bram's complaints. Bram filed for divorce immediately and it was granted six months ago. He since developed a casual relationship with Marla Janssen.

Throughout the events that are happening to the Aegis VII colony, Neumann was suspicious about the Red Marker and believing it to be the cause of the incidents of violence and insanity affecting the colonists. Neumann urged Hanford Carthusia, the manager of the colony several times to abandon the mining operation, but his appeals fell on deaf ears. When the Necromorphs started appearing and attacking the colonists, Neumann and Marla tried to evacuate the planet, only to find themselves stranded when the shuttles are destroyed in an accident. Neumann and Marla decided to attempt to contact the USG Ishimura by reaching the colony's communication needle.[1] Neumann then recorded a message warning off any and all ships from landing on the colony, which got recorded in an audio log.[2]

After entering the communications needle, the two discovered the the Necromorph corruption had spread to the needle. When Neumann asked Marla whether or not she could repair the needle, she showed distress, noting that the corruption could have damaged the needle beyond repair. After briefly comforting Marla, they both went into a room and discovered a mass of corruption with human corpses being absorbed into it. Neumann recognized one of the deformed faces as Cortez's, and was shocked with disbelief at seeing it. Suddenly, a group of slashers had appeared and chased after them. Marla was forced to snap Neumann out of his shock and they ran to a doorway. However, before Marla could reach the door, she was impaled through the back by a slasher. In an act of selflessness, she pushed Neumann through the door and locked it, sealing herself in with the Necromorphs, much to his dismay.[1]

After losing everyone close to him and soon losing contact with everyone else, he appeared to be on the verge of insanity. The last time he was seen alive, he was walking away from the video log that he was previously recording, telling anybody that whoever found the recording to not look for him as they "may not like what they find".[1] 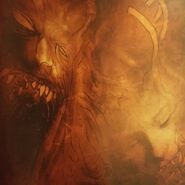