The Armory was a location on Tau Volantis in Dead Space 3 and the site of the Armory optional mission.

The Armory was available in Chapter 11 after defeating the Snow Beast for the second time in the Staging Yard. Isaac Clarke noticed a large amount of flares that are left behind at the entrance by Jacob Danik's Circle in an attempt to secure the weapons that are stored there. The players had the option to investigate the Armory to claim the weapons before Danik's soldiers do.

While exploring the Armory, Isaac would find a locked door, forcing the players to search for the key to get the munitions. The further exploration of the Armory and Isaac would find a small group of Danik's men searching for the key. Revealing Isaac's position to them would have them open fire, causing the Feeders to attack both parties. After finding the key in the lower level of the same room, Isaac backtracked to the locked door and more of Danik's men are waiting for him beyond it. In a SK-1P station deeper in the Armory, Isaac would find a storage container that was guarded by two more of Danik's soldiers. After dealing with them and the Feeders that came soon after, Isaac opened and looted the container, completing the mission. The players continued the story from the point that they left off.

You would be able to get this optional mission during Chapter 11 after defeating the Snow Beast for the second time in the Staging Yard. After a short chat with your crew on the completion of the fight, the optional mission would appear in your log. Head over to the other side of the Staging Yard to locate the door with all of the flares in front of it. Go on inside.

Look behind the counter to the right as you entered for a Unitologist Artifact [Artifact 1/2]. Loot the remainder of the room and take the elevator at the down an underground storage area. There was another SK-1P here that was similar to the one that we used up in space to move between the various zones except there was nowhere for us to travel to at this time. Use the Bench and Suit Kiosk in this room if you require and take the other lift down to the optional mission area.

As you exited the lift, there was a Bench to the right. If you have no use for that, continue through the open door in front.  Move to the center of the bridge here. On either side are the cranks that we could use to open the gates behind them. While both contained the crates that you could destroy, the gate on the right also had an Upgrade Circuit [Circuit 1/2] hidden inside.  Continue through the door on the far side of the bridge.

Kill the two Feeders on the right as quickly as possible to prevent them from summoning their friends. By doing this though, you would also cause the four Slashers to appear and attack. Fend them off. Once it was clear, look on the shelf in the small passage to the left for a Weapon Part – Stasis Amplifier [Weapon Part 1/4].  On the other end of the room, you would find a locked door that required a keycard, some lockers to loot and a lift. Take the lift down to the next area.

Go through the door at the end of the corridor and as you entered the room, look in the small space to the left that was hidden out of sight behind the lockers for a Blueprint – Contact Beam [Blueprint 1/1]. Continue through the unlocked door.

There was a large group of Feeders in this room so avoid or kill them depending on how you felt (Remember that they could not see and you could distract them by throwing things). At the opposite end of the room, you would need to use the panel for a mini-game to hack the nearby door open. Enter and loot the rooms here before proceeding through the unlocked door to the right.

As the door opened, you would see a Slasher on the bridge in front. Kill this one and two more would climb up over the railings on either side of the bridge. Eliminate them before continuing through the door opposite the entry. Head around to the next door and attempt to open it.

This would cause a lockdown. Stay in the corner here and kill the Necromorphs that jumped into the room to attack you. There would be 4 Feeders, 2 Slashers and a Puker. They would not come all at once so as long as you do not take long to kill each of them successfully, you should not ever see more than two living Necromorphs on the screen at once. After the lockdown was lifted, continue through the door.

Continue across the bridge and into the next room. Here, you would find an Upgrade Circuit [Circuit 2/2] and an Audio Log [Log 1/2] on the table in the center of the room. You would notice another locked room requiring a keycard here. We could not use that yet so use the nearby lift.

Upon exiting, you would hear some Unitologist commandos talking below and as soon as they saw you, they would start shooting. Unfortunately for us, the shooting alerted a pack of 8-10 Feeders who would pour through the vents on the upper level where you are and attack. Go back to the elevator and hold the Feeders off here to stay out of the shooting range of the commandos. Once the Feeders stopped coming, take cover behind the sheet metal on the catwalk and pick all of the Unitologists below off.

When the room was clear, follow the catwalk around until you reached a lift and took that down to the lower level.  Look on the opposite side of the stack of boxes that are closest to the elevator for a Weapon Part – Plasma Core [Weapon Part 2/4]. Down the stairs nearby, you would find an Audio Log [Log 2/2] and the Armory Key. Picking this up would have the effect of summoning the 6 Slashers to appear so knock them off on your way back to the lift and ride it back to the upper level. Take the elevator at the far end of the walkway back up to the previous area.

Kill the Slasher in here and use the Armory Key to unlock the door. As you entered, you would find out that there are three Stalkers in here. Kill them. There was a Unitologist Artifact [Artifact 2/2] behind some crates at the far end of the area (Note that there was also an Upgrade Circuit in the small alcove opposite the entrance to the room on New Game +). Approach the glowing panel for a mini-game to unlock the next door.

Once you left the elevator, turn left and use the Armory Key on the panel here to unlock the door. Enter the door and kill the two Unitologist commandos that are waiting for you. Proceed across the bridge and through the door opposite. Follow the room past the ice boxes on the left (Note that there was an Upgrade Circuit just to the right inside the door on New Game +), loot the lockers if you felt like it and continue into the elevator.

After getting off the elevator, you would be confronted by a pair of Unitologist soldiers and by initiating a fight with them, a group of 10-12 Feeders would also decide to join the party. Once the room was clear, head over and loot the chest here for two Weapon Parts – Acid Bath [Weapon Part 3/4] and Stasis Support [Weapon Part 4/4], some reagents and two spare parts boxes (Note that on New Game +, there was another Weapon Part – MK-II Directed Ejection Field sitting on a crate to the right of the chest).

Once you are finished with all of your looting, take the other elevator up to the area above and go out the door directly in front to complete the optional mission. 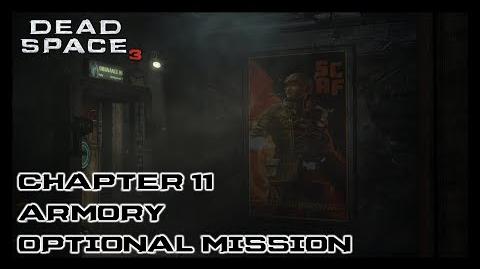 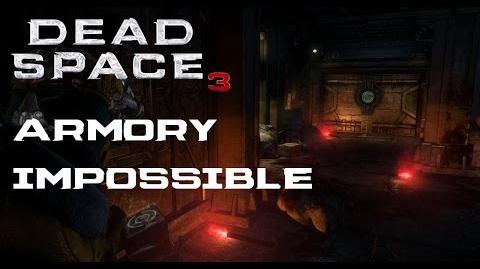