Dead Space Wiki
Register
Don't have an account?
Sign In
in: Articles with Spoilers, Ships, Spaceships,
and 3 more
English

The CMS Crozier was a scrapped transport shuttle Ellie Langford's team locates while aboard the CMS Roanoke. The Crozier was tasked alongside the Sovereign Colony warships to the ice planet Tau Volantis.

The Crozier was a shuttle used by the crew of the CMS Terra Nova during the expedition to Tau Volantis in 2311, and together with its twin were instrumental in setting up SCAF operations on the planet on August 29, 2311, after the initial landing.[1]

Its crew (Lt Cdr Busby and Lt Metcalfe) were the first to witness the Markers dotting the frozen surface of the planet. Their residual effects were severe enough that the crew had to be hospitalized.[2] Regardless, the Crozier was restaffed and used alongside CMS Franklin to shuttle cargo to and from the planet, including live specimens for storage aboard CMS Terra Nova, much to Cradle Ops chagrin,[3] and various artifacts, in particular markers. Due to no precedent for handling alien artifacts, the Croziers cargo wound up shoved into Terra Nova's cargo bays.[4]

The shuttle was notorious for its technical state and after it had to be repeatedly grounded for repairs, it was finally set to be decommissioned. Although parked in preparation for the procedure in Terra Novas shuttle bay, the Scenario Five contingency prevented it from being dismantled.[5]

In 2514 when Ellie Langford and the others locate it aboard the CMS Terra Nova, they learn it needs to be repaired before it can take them down to the planet's surface.

Isaac travels to the Terra Nova aboard the Skip, a small, single seat craft that transports him between ships in the flotilla. When he reaches the Terra Nova he must find the tram station to get to the Aft section of the ship where the shuttle is located. Upon arrival Isaac performs several tasks to launch the shuttle; construct a remote relay and place it on the hull of the shuttle to transport it back to the Roanoke for repairs, fueling the shuttle on the upper floor before launching, and disengage the fuel nozzle.

As the fuel nozzle was detached, Ellie mistakingly engaged the launching sequence, causing the entire repair hangar to burst into flames.

Making his way to the gears, Isaac must clear multiple obstructions with a military turret including a surge of Necromoprhs; as the shuttle successfully launches Isaac is torn from the Terra Nova and must fly back to a safe part of the Mass Driver.

Before Isaac can return to the Roanoke he must meet the team at the next derelict ship, the CMS Greely, to salvage a port engine for the Crozier. Upon bringing the engine back Isaac must find a series of derelict satellites and salvage their relays to build a safe flight path module for the ship. After installing the flight module, the shuttle is fully ready for launch.

After launching from the Roanoke Isaac pilots the Crozier on the chosen flight path down to the planet. Halfway into the flight the shuttle encounters mines while falling through the atmosphere.

Isaac realizes they will miss their window through the atmosphere and requests a new vector for them to enter. Before he can, the Crozier is hit with more debris, the hull is ruptured, sucking Locke out to her death. The shuttle continues to break apart as the system warns them of oxygen and engine failure.

Isaac resets all three tanks, extinguishing a small cabin fire. Rosen is killed when the cabin paneling breaks and slices through his head. Isaac flies the ship through obstructed visuals and the volatile ice peaks to no avail. Ellie and the others are separated from Isaac when the ship splits in half and breaks away from behind. 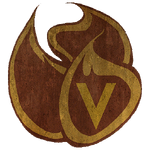 The shuttle is flat bottomed and has two large fins coming off its port and starboard sides for maneuvering. It comes to a dull tip in the front like the NASA space shuttle, only wider.

The paneling goes back toward the stern where it ends at the three large engines that stick off the back. The shuttle has an outer kinesis operable airlock and an inner hatch. Inside, the Crozier has three oxygen injectors in the rear and a full array of seats in the cabin ahead. The Crozier has a main flight chair to the left, an operators seat right of it, a navigators chair behind those, and around are other chairs for the crew.

The Flight Computer has its own compartment OUTSIDE the ship's hull, built into its front end and secured with a cranked hatch. The shuttle, for both purposes of offense and defense, has a large gun emplacement on the top side of itself. This gun fires heavier rounds of ammo, at incoming mines in the case of travelling to Tau Volantis.

Isaac and Ellie at the helm

Deutsch
Community content is available under CC-BY-SA unless otherwise noted.