Signal Hunting
Dead Space Wiki doesn't currently have a walkthrough for this level, could you write it?
Now We Know is the tenth chapter of Dead Space 3.

The chapter begins inside the Excavation Headquarters. After a brief argument with Norton, Isaac proceeds outside. Before he can reach the rest of the group, Isaac is attacked by several Unitologist dropships and is separated from his team. Bewildered, Isaac is unaware of how Danik found Tau Volantis. After several firefights, Isaac stumbles upon a massive fossil. Not knowing what it is, he continues to flee until he enters a room with a massive mining drill jammed between two doors. After accidentally releasing the creature, Isaac quickly destroys it, killing several groups of Necromorphs in the process. 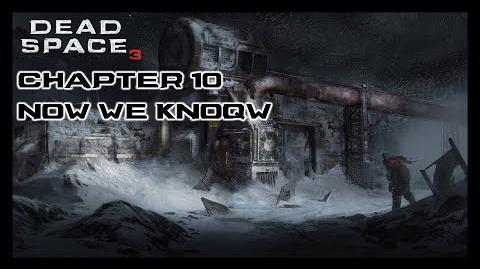 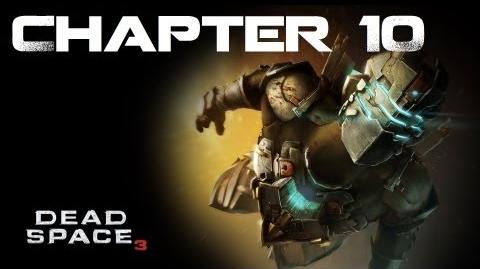