Down in the Mines

Government Sector
Dead Space Wiki doesn't currently have a walkthrough for this level, could you write it?

Chapter 12: The Drill is the twelfth chapter of Dead Space 2. This chapter consists solely of a chamber housing a mining drill, and a battle sequence on top of the drill as Ellie drives it to Government Sector.

Isaac and Ellie repair a mining drill and use it to drill their way into Government Sector.

Isaac enters a large chamber housing a giant mining drill. He rendezvous with Ellie at the drill just as she is putting a power cell into it. The drill, however, has another slot that is also in need of a power cell. Ellie tells Isaac that the drill is currently not functioning and that the original engineer died before he could find another power cell for it. Isaac tells Ellie that Stross is dead, to which she replies, "I'm not sorry about that". They agree that the drill is their best bet to get to Government Sector and Ellie heads up to the control room of the drill while Isaac tries to locate the second power cell.

Isaac takes the circuit junction back down to the drill, and inserts it into the designated slot on the drill. The drill is still not operational, with Isaac telling Ellie, "It doesn't recognize the new junction." Ellie tells Isaac that she thinks she can fix it from her end, to which Isaac responds, "Or I could just hack it from here". Ellie doesn't quite catch what Isaac says, and Isaac proceeds to hack the junction on the drill. Isaac's hack is successful and the drill becomes operational again, although Ellie's response to the drill's activation is, "I did it."

After the drill turns on, Ellie turns the drill around so Isaac can climb aboard. As the drill is turning, Isaac fends off a wave of The Pack who have emerged from a hole in the wall. Ellie finishes rotating the drill and Isaac takes the lift up to the top of the drill. Ellie then drives the drill straight into the wall in front of her and Isaac, and begin drilling their way to Government Sector. Throughout the ride to GovSec, Isaac is assaulted by waves of Slashers and Pukers who board the drill. In addition, Isaac is forced to dodge the barbs of almost a dozen Lurkers perched on top of the sides of the drilling shaft.

The Necromorphs eventually cease their attack on Isaac, and the drill makes it to the foundation of Government Sector. Isaac inquires to Ellie how exactly they will enter GovSec. Ellie responds to this by plowing the drill straight into the wall of GovSec with Isaac still on top of it. 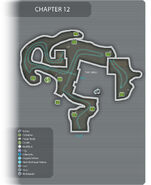 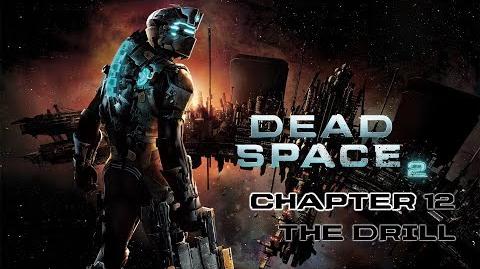