"Goddamnit, I trusted you! Fuck you and fuck your Marker!"
—Isaac Clarke to "Nicole Brennan"

Chapter 15: It Ends Here is the fifteenth and final chapter of Dead Space 2.

Isaac needs to meet Nicole at the Marker to destroy it while he is being chased by the Ubermorph. This chapter is the concluding one to Dead Space 2. There are many enhanced forms of Necromorphs in this level. There is also a loud sound of Convergence in the background that causes a constant vibration motion which can be slightly annoying to the player. With the Ubermorph at your tail and Enhanced Necromorphs everywhere, this level can prove difficult.

After going through small packs of enhanced Necromorphs and the Ubermorph, Isaac encounters Director Tiedemann holding a Javelin Gun. Tiedemann then impales Isaac's shoulder and hand, but he removes them. Isaac then disarms Tiedemann before he can shoot another Javelin, breaking Tiedmann's arm in the process. Isaac, then shoots a Javelin through Tiedemann's neck, making him fall to his knees. After that he  walkes toward Nicole and takes aim with the Javelin Gun.

The player can then press the alt-fire to electrify and burn Tiedemann or just use the primary fire to shoot him through the back of the head. Isaac approaches the Marker when the apparition of Nicole suddenly reveals that the Marker needs Clarke to die since the only way that it can be complete is through the death of its creator. Isaac is pulled into his own mind, emerging upon a rocky landscape. There, Isaac encounters the part of his mind that has been affected by the Marker in the form of a giant golden beating heart which he destroys along with the vision of Nicole.

Upon exiting his mind, Isaac slumpes to the ground, ready to accept his fate as the destroyed Marker crumbles all around him. Suddenly, Isaac receives a call from Ellie who crashes the gunship through the ceiling, causing the station's gravity to fail. As the entire Sprawl becomes unstable and is in the process of being destroyed, Isaac makes his way to the gunship by flying through zero gravity while the large chunks of the Marker begin to fall around.

As soon as Isaac reaches the gunship, he grabbes Ellie's hand and get  pulled inside while the Sprawl explodes. Echoing the ending of the first game, Isaac slumpes in his flight chair, but his expression slowly grows uneasy. As he suddenly looks over, perhaps expecting another hallucination, he sees only Ellie who replies, "What?".

A sequence after the credits suggests that the Earth Government personnel will double their efforts and continue to perform experiments on the Markers.[note 1] 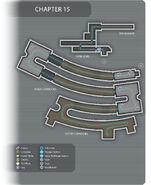 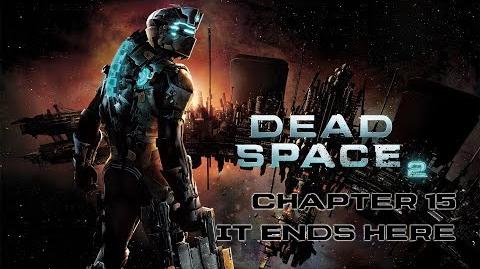