Kill or Be Killed

Requiem
Dead Space Wiki doesn't currently have a walkthrough for this level, could you write it?
Endings is the nineteenth and final chapter of Dead Space 3.

The Convergence Event causes Tau Volantis to destabilize, fragments of the planet's crusts are flung into the air, creating the path for Isaac and Carver, who must fight their way past hordes of Enhanced Necromorphs to reach the Machine.

Against all odds the duo made it to the final pedestal, facing the gigantic Necromorph who immediately engages them in a battle to the death. Utilizing the given Stasis Amplification field, Isaac and Carver turned the free-floating Red Markers against the creature, blasting off its three eyes and severely wounding it.

The monstrosity however, has another trick up its sleeves. It wraps its mouth around the Codex platform, trying to swallow it. With their amplified Kinesis module, Isaac and Carver (painfully) rip the platform from the creature's guts, mortally weakening it before activating the Machine, killing the Moon and gives humanity a safer tomorrow. They are then blown off the pedestal into the vortex below, Isaac takes a final loving look at the photo of Ellie before submitting to his fate.

In orbit above the planet, Ellie griefs the loss of Isaac but feels relieved that he has completed his mission. She shocks back into Earthspace afterwards. The credits then rolls

After the credits, Isaac is revealed to be alive, trying in vain to reach Ellie over RIG Link.

Given the Codex, Jacob Danik deactivates the Alien machine and resumes the long-halted Convergence. The Moon in orbit comes back to life and immediately begins its formation and threatens to consume the planet before coming for Earth.

Isaac Clarke and John Carver must stop the Moon at all costs before it is too late. 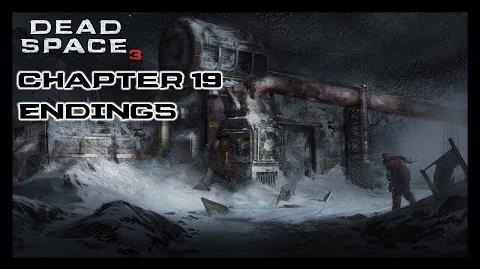 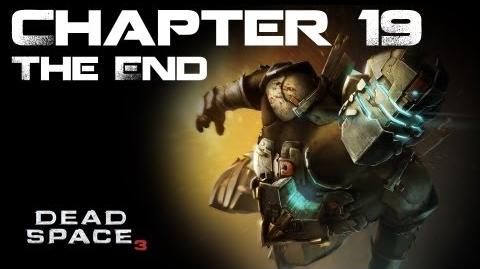