I'm Back to Walking Again
Dead Space Wiki doesn't currently have a walkthrough for this level, could you write it?

"There are Necromorphs everywhere, is the entire Sprawl infected?! How did this happen? The Marker was destroyed Daina, I destroyed it!"
—Isaac Clarke"

Chapter 2: I Need Transportation is the second chapter of Dead Space 2.

This chapter is located in the Titan Heights residential complex. In some of the earlier parts of this chapter, a disturbing amount of indistinct human screams and Necromorph vocalizations can be heard from all directions, countinuously. This is among the first indicators to the true magnitude of the Necromorph outbreak on the Sprawl.

In the beginning of Chapter 2, Isaac ends up in a shop that sells tools called "Working Tools" that includes a Bench and a Store. He is now located in the second level of the Sprawl Concourse near a residential district called Titan Heights. As he makes his way across the district, the citizens of the Sprawl are panicking and trying to run from the Necromorph attacks. Meanwhile, Nolan and Daina continue to give instructions to Isaac. Soon, he makes his way to a tram station leading to the Cassini Towers. As he prepares to enter the tram, an Infector emerges from the tram to create Necromorphs from the dead bodies on the station platform. After that, Isaac enters and starts the tram. As he is in transit, the tram is attacked by a Brute, causing it to derail, as well as causing Isaac to deviate from his desired path. After surviving the brutal fall, Daina contacts Isaac to recalculate a new path toward the Cassini Towers.

Isaac Clarke finally escapes the Hospital Wing through a service duct. Heading outside, he arrives in a store called "Working Tools". He exits the workshop to find horrific scenes of chaos as people around him are slaughtered by the necromorphs. Isaac soon discovers that he is in a residential district known as Titan Heights. He watches as it is overrun by a Necromorph horde. As citizens are running by, he sees Nolan Stross on the other side of the district. Stross contacts Isaac and continues to talk about his past, and leaves as Leapers climb toward each side of the district.

As Isaac traverses the various apartments, many inhabitants are being attacked by the creatures, and Isaac must face with newly transformed ones bursting out from the apartments. He continues on towards the Tram station, where he finds a tram which will take him towards his destination, Cassini Towers.

Isaac then boards the tram, only to find that it's been infested by Necromorphs. The tram zooms through the Sprawl as Isaac fights off multiple Necromorphs. Passing through the city, the train is attacked by a Brute. It derails and is subsequently ripped apart, causing Isaac to fall off the tram. The tram crashes through a building with Isaac dangling from it. After fending off Necromorphs, Isaac frees himself as a Brute comes off for one final attack. Isaac then brings down the train, causing the Brute to abandon its prey and the train cabs to explode. 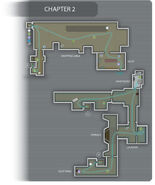 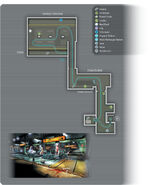 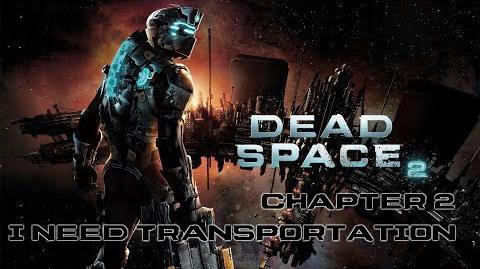