I'm Back to Walking Again

Cold and Cryptic
Dead Space Wiki doesn't currently have a walkthrough for this level, could you write it?

"Isaac: Daina, the Church of Unitology? Why here?
Daina: It's one of the few places on Titan Station Tiedemann can't monitor. Separation of Church and State.
Isaac: No Daina, we shouldn't be in here. This is the last place we want to be right now.
Daina: Isaac! My brother died trying to rescue you. This is important. This will work. I'm in a safe room at the top of the Church. Meet me there okay?"
—Conversation between Isaac and Daina

Chapter 4: Going to Church is the fourth chapter of Dead Space 2.

This chapter takes place in the Church of Unitology.

Isaac manages to enter the church and Daina tells him that she's waiting in a safe room at the very top of the Church, so he must get to her if he plans on getting the cure for his dementia as well as her aid. Venturing through various rooms and subsections of the complex, Isaac gains insight to the exact nature and values that the religion has, as well as the amount of influence it has in the Sprawl. Entering the Crypt is the halfway mark between him and Daina's location.

After being ambushed by Tiedemann's gunship, Isaac escapes by entering the Church of Unitology. Isaac contacts Daina, questioning why he has to meet her in the Church due to his dislike of Unitologists. Daina proceeds to explain that EarthGov has no jurisdiction in the Church and also blames the death of her brother on Isaac, letting him know she's fed up with his constant questions and concerns. She then claims she is at the top of the Church in a safe room, waiting for Isaac's arrival. Isaac travels through hallways and corridors, making his way to a library-esque hallway littered with books and Necromorphs. Taking an elevator downwards he makes it to another hallway which connects to the Indoctrination section of the Church. There, Isaac must replace the power unit to the adjacent doorway leading out of the room. Upon completion, several Necromorphs will attack Isaac, and if misfired—can cause a vacuum effect on the glass window. Utilizing a maintenance corridor, Isaac manages to come to a small office where he is "attacked" with a needle by the Nicole hallucination screaming, "MAKE US WHOLE!"—whereas in reality it is Isaac who is trying to stab himself.

Arriving at the Basilica, there Isaac attempts to exit through a door at the far end of the room, only to have the lock smashed in. After a frantic RIG call with Daina, she assures him that she can open the gates remotely, forcing Isaac to defend himself against a wave of Stalkers. Once Daina says she can't do anything from her end, Isaac hacks an elevator control panel and ascends toward the secondary exit. Daina directs Isaac to the Funery Wing of the Church, but before she can say anymore, EarthGov jams her signal. Out of the Basilica and into another hallway, he reaches the Funery Wing, filled with Swarmers and Zealot Slashers. Isaac then heads to the back of the room and encounters a Slasher feigning death. After, he rides the elevator down into the Crypt. 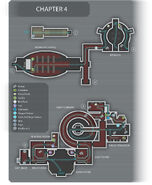 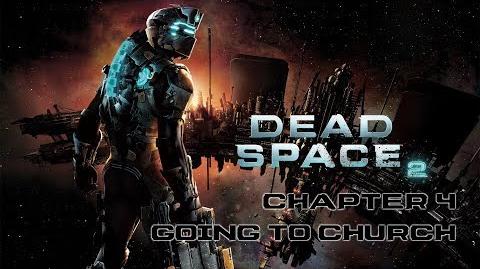