Meet Hammond on the BridgeEdit 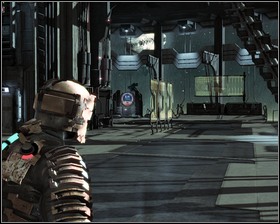 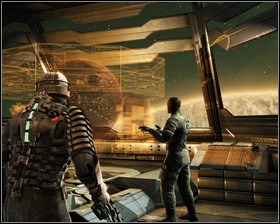 Leave the tram and search the station thoroughly. Going to the Main Atrium you will pass by a Store. You'll find some items in the Atrium, including an Audio log. Continuing onwards you will reach the staircase leading to the Captain's Nest – there's a Save Station halfway. Go down the elevator to find a Level 3 Suit Schematics. Try to lay your hands on it as early as soon as you get to the nearby Store. Hammond will hand you new objectives, but before you'll proceed with your new mission be sure to check the lockers and the crate. 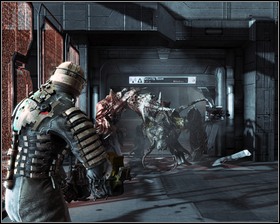 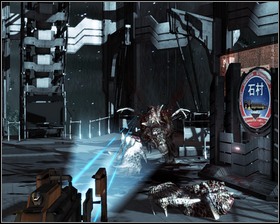 Go back to the Main Atrium and save the game. When you'll approach the security station door a large Necromorph will bash through them. When it's facing you you need to aim for the yellow spots on their legs. If you manage to get behind them it's a piece of cake – it's back has no shielding. Obviously, the first thing you should do when it appears is to use Stasis. 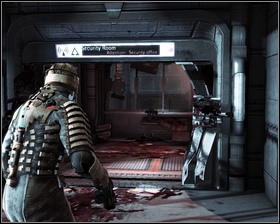 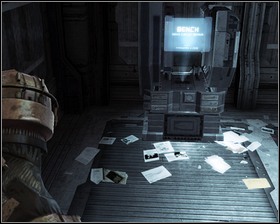 Enter the room that the Necromorph just “opened”. There's a locker containing a Power Node on the left side of the door, and further on there's a Upgrade bench, some lockers and a store at the end of the room. When you're equipped and ready, activate the elevators using the terminal. 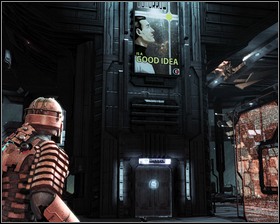 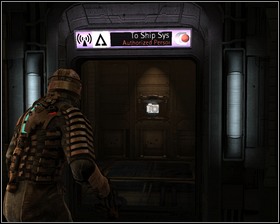 Atrium elevator is up and running so use it and go down – in the room you'll enter, there's a locker, a container and a crate. Next on our way is the Save station, Contact Beam schematics and a small storage compartment where a necromorph only pretending to be dead awaits you. The room contains a Stasis recharger and some lockers. 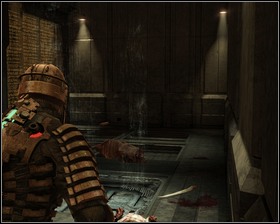 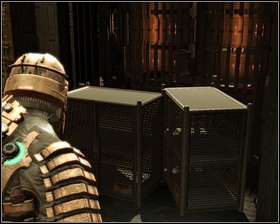 Enter the Ship System but watch out not to step on the glowing plates on the floor – you'll see in a moment what it does to one of the Necromorphs that attack you. Use Kinesis on the shelves that block your way, but before you continue, use the nearby Stasis recharger. 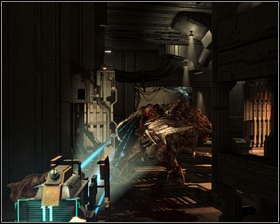 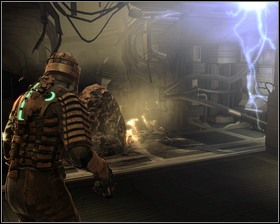 You'll face another large Necromorphs – again, aim for the yellow spots on its legs. You'll need to stasis the wires that block your way. Approach the console and press E. 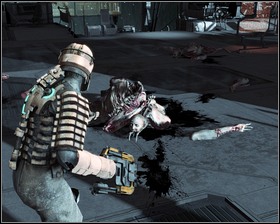 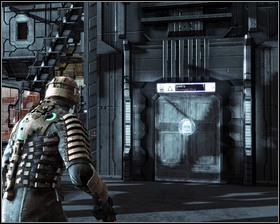 Get back to the main atrium, saving the game on your way there. After you leave the elevator a group of bipedal Necromorphs will attack you. After dealing with them go around the elevator and enter the second one, going to the Level 01. 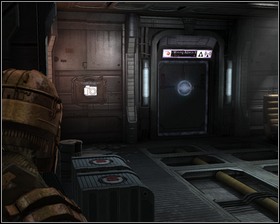 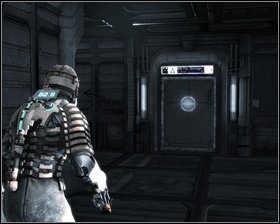 There are a few containers and a Save station here. After getting through the door next to the station you will step into vacuum. Don't worry, the distance here is not that long and you can visit a nearby Store. There are also some lockers nearby. 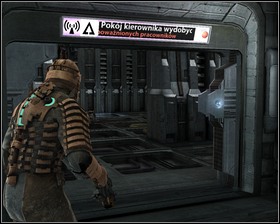 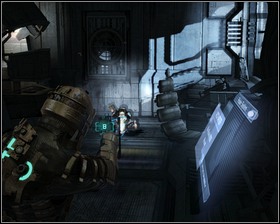 The mining administration room contains a package of Necromorphs, which you shouldn't have problem dealing with. There's a Store to the left, but what should really interest you is the MA Computer room (to the right from the entrance) which contains a Text log, along with some other items. And within the storage area you can find a locker with a Power Conduit. Get back to the main room and go further inside. Avoid the unstable parts of the floor and eliminate the appearing Necromorphs. At the very end of the room there's a terminal which is our main interest – after using it get back to the elevator. 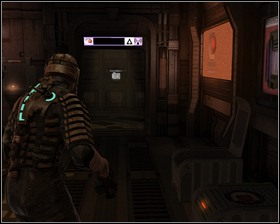 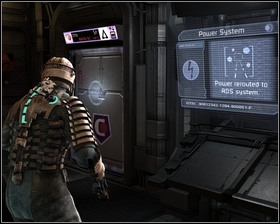 Level three contains a few lockers, Force Gun schematics, and a Save Station. Enter the room, kill the enemies and activate the terminal. The door on the left hand side will lead you to your next objective. 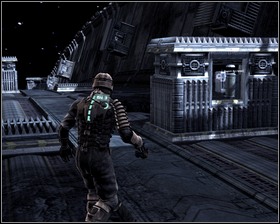 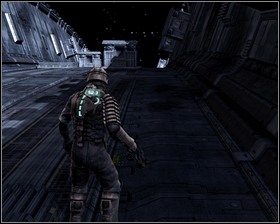 Go up the elevator and head for the large round gate leading into space. Duck behind the first cover, let the meteors pass by and recharge the Oxygen, then make a run for the next cover. 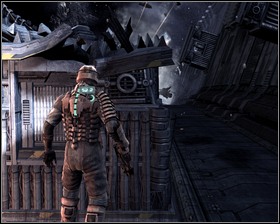 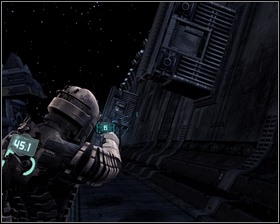 Hide behind a second cover and let the wave of meteors pass you by. Keeping in mind that we're in zero-g you should aim for the station on your right, refill your oxygen and hide behind it. 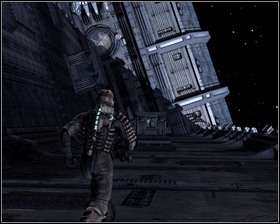 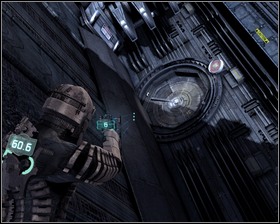 Now just continue jumping from cover to cover until you reach the last one. Refill your Oxygen, jump towards the large gate and enter. 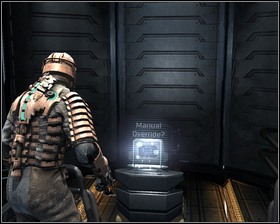 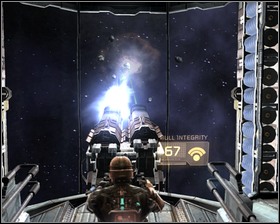 Behind the door awaits a Save station, a crate, and a huge cannon. Approach the console, press E and start shooting at them asteroids. You'll need to last a bit over a minute. There's a hull integrity information screen to your right and you cannot allow it to reach 0. Also, you need to be sure not to overheat the cannon, so don't keep the LMB and RMB buttons pressed for too long.

Go to the tram stationEdit 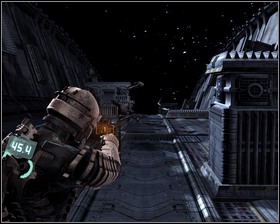 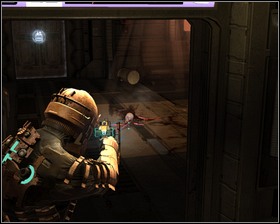 All that needs to be done now is to get back to the tram. The space walk part will be a lot easier now, as there are no more asteroids to dodge, but some Necromorphs will appear instead. You shouldn't have problems reaching the atrium (take the elevator to level 02). On your way there you will encounter some bizarre-looking heads with legs. When you reach the atrium head to the tram station and into the tram.

Retrieved from "https://deadspace.fandom.com/wiki/Chapter_4:_Obliteration_Imminent/Walkthrough/Version_1?oldid=105367"
Community content is available under CC-BY-SA unless otherwise noted.