I Need Some Transportation
Dead Space Wiki doesn't currently have a walkthrough for this level, could you write it?
Chapter 5: Cold and Cryptic is the fifth chapter of Dead Space 2.

This chapter spans many locations, such as the Crypt, Upper Church, and Cassini Towers.

Making his way down into the Funerary Crypt, Isaac ventures through the many sections of the cryo-storage before making it to the main area, coffin storage. Upon fixing a malfunction Zero-G component, Isaac travels into the opposite area of the room and a maintenance area. Upon his exit, he finally reaches the top floor of the Church, where Daina said she was waiting. Successfully meeting her, Isaac is met with hostility as he is taken captive by Sprawl Security officers, and Daina's betrayal is for the good of the Unitology and Convergence. She is gunned down by an EarthGov gunship before she can transport him back for further study.

The Chapter begins with Isaac entering the Funerary Crypt of the Church of Unitology. As he makes his way through the storage, he suffers a hallucination involving screaming corpses in the cryo-tubes. As he is making his way through the Crypt, Necromorphs begin to burst out of the cryo-tubes and attack Isaac. After fending them off, he enters the cryo-tube transportation room which is directly above the gravity control room. Isaac contacts Daina about how to get out, but receives no response from her. As Isaac takes an elevator to the gravity control room, Daina delivers Isaac a jumbled message telling him to "go up".

After turning off gravity and bypassing the cryo-tube delivery door, Isaac receives a message from Daina, warning him that the gunship is positioned near the compound. As Isaac makes his way up the Church, he encounters a unique version of the Tripod. After defeating the Tripod, the Pack attacks Isaac along with several Pukers, Slashers, and Exploders. Then he enters a room with a legless Stalker. After Isaac kills it and heads to the next room, he suffers yet another hallucination of Nicole, taunting at him about his action of almost killing himself in the last Chapter.

Isaac finally makes his way up to the top of the Church, but as soon as he meets Daina, two men grab Isaac's arms. Upon the realization that Daina is a Unitologist, she explains that she didn't intend to cure Isaac, but just wanted him to build more Markers for the Church so they could spread Convergence to the entire galaxy. Before he gets taken away, the EarthGov Gunship from earlier arrives and begins to fire on the unsuspecting people. Daina is killed in the process along with one of her henchmen, while Isaac kicks the other out into space. A vacuum is created, sucking everything out into space as Isaac tries to hang on for his life.

Isaac pulls himself to a vent of the floor and falls into it, only to encounter the Tormentor. After a brief fight with the Tormentor, with Isaac dismembering it's right arm, he encounters the Gunship again and is pushed by the Tormentor into the void of space. Isaac then grips onto the side of the ship, but not before the Tormentor is seen flying towards the ship as well. Isaac is flung off the hull of the ship and shoots an explosive canister, destroying the gunship and Tormentor; ultimately sending him flying back into the Cassini Towers apartment complex, back to where he started. 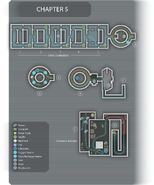 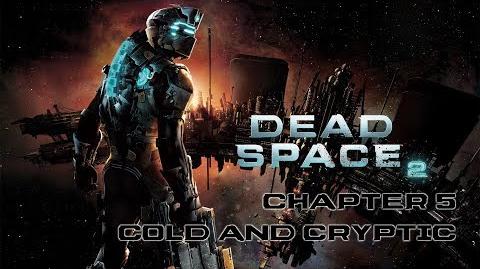