Chapter 6: I Need Some Transportation

I Need Some Transportation

Power from the Sun
Dead Space Wiki doesn't currently have a walkthrough for this level, could you write it?

"Stross: Isaac? Isaac are you there? Can you hear me?
Isaac: What do you want Stross? Look, it's over. All my plans just blew out the window.
Stross: No, no, no, no! It's not over, at least not yet. Isaac, we built it. We can tear it down!
Isaac: You mean the Marker? Do you know where the Marker is, Stross?
Stross: I... It's in the Government Sector! The Government Sector! But we have to move now! Now, now, now! Because time is running out for me... for us!
Isaac: Stross.. Stross! Where are you going? Shit!"
—Conversation between Isaac and Stross

Chapter 6: I Need Some Transportation is the sixth chapter of Dead Space 2.

This chapter includes many previously explored areas such as the Concourse Mezzanine and Cassini Towers also including new ones such as the Sprawl Elementary School and the Main Transit Hub.

Isaac crashes through a window, and re-enters the Unitologist district. There is no drastic change in this place except for the enemy placements. This is also where you re-meet the Pregnant; a grotesque, obese Slasher-like Necromorph

Isaac Clarke crashes through a window from his descent after the fight with The Tormenter and ends up in the Unitologist district of the Cassini Towers from which he entered the Titan Church. Isaac now has no plans whatsoever, until he receives a video call from Stross talking about destroying the Marker that they both built; while telling Isaac about steps involving crawling into a "dark machine". He then tells Isaac that the Marker is in the Government Sector. Isaac asks Stross to make his way to the transport hub which he agrees to. Isaac makes his way through the Sprawl Daycare Center where he encounters his first Enhanced Slashers. Also, he encounters crawlers for the first time. Shortly before he leaves the Daycare Center, Ellie contacts Isaac holding Stross at gunpoint. Isaac asks Ellie to bring him to the transport hub. Then Isaac fights a Brute, and then he heads to the Solar Array. 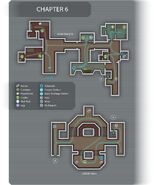 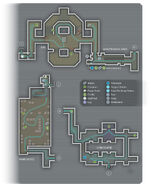 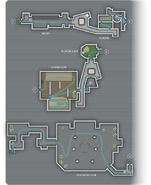 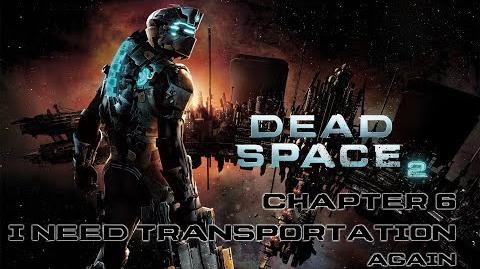