Install a remote relay on the Crozier

Dead Space Wiki doesn't currently have a walkthrough for this level, could you write it?
Repair to Ride was the sixth chapter of Dead Space 3.

Isaac boarded the tram system to head to the Aft Station of the CMS Terra Nova where the CMS Crozier was and attempt to get it into working condition. He must find three pieces in order to reconstruct a remote relay so the Crozier's engines and control systems could come back online and proceed and refuel the Crozier and get it one step closer to being able to fly safely and properly.

Exit the tram at the Mid-Section of the Terra Nova. Climb the stairs. The door on the right required a key card to get into so go over to the left one and complete the hacking puzzle game to unlock it. There was a Bench inside along with a locker and a crate. Up the set of stairs was a control room containing the key card for the Conning Tower [Optional mission] and an audio log [Log 1/1]. The weapon part – Conic Dispersal was part of the optional mission here. To continue with this, check the walkthrough out here:

Once you finished the optional mission off (Or if you could not be bothered doing it!), return to the tram and ride it to the Aft-Section.

Exit and go through the door on the left. Open the door at the end with a Torque Bar if you had one for some ammo and reagents. Up the small stairs here was a resource cache that we could deploy our Scavenger Bot to loot. Return to the main room and call the lift. This would cause a Regenerator to appear behind you. Chop it's legs off and stick it into Stasis until the lift arrived. Ride it up to the next area.

We are now on a two tiered catwalk overlooking a shuttle below.  There is a second, identical catwalk on the opposite side of the shuttle. There is a locker at the far end of the walkway and a med pack on the way. When ready activate the control panel next to the gate overlooking the shuttle where you came in from this will summon a gondola to your position. Ride this over to the far side of the room.

We need to collect three items and take them to the bench to construct an item we can use to help fix the shuttle. Go down the elevator opposite the bench. As you reach the floor below, a pair of exploders and a leaper will seek you out so kill them. Grab the first remote piece off the control panel here, another leaper and exploder will appear. Continue down the ramp and climb the ladder. Grab the second remote piece off the control panel at the top.

Go back up the lift and kill any additional Leapers and Exploders that appear here.  Take the gondola over to the opposite end of the room.  When you arrive, turn right and take the elevator here down to the lower level. Head down the ramp here and pick up the final remote piece from the shelf. Again kill any Exploders and Leapers that appear and take the lift back up to the upper platform.

Now we need to refuel. From the front of the shuttle, ride the gondola to the left. Take the lift down to the lower platform and turn left at the bottom. Go through the now open door here. On the wall you will find a container with an upgrade circuit inside [Circuit 1/2].  Climb the ladder.

Approach the control panel to the left and activate it. Continue to the far end of the room for some lockers and on the wall next to these is a container with an upgrade circuit [Circuit 2/2]. Exit the door here and follow the catwalk over to the inactive control panel overlooking the shuttle. From here use kinesis to pull the fuel nozzle down into the ship to start refueling.

Two Fodders will appear in the room behind you and make their way over to attack you.  Kill them and when the refueling is finished, return to the control room and kill two more wasters hanging out in here.  Interact with the control panel again.

After a short conversation with your crew, return to the lift and ride it back down to the previous area. You will notice that now it is unfortunately on fire. Exciting!

Head to the right and wait for the shuttle boosters to stop firing and sprint across to the other side.  Kill the waster here (if the flames don't get him first) and you'll also bump into another regenerator. As previously, knock off his legs and stasis him. When it is clear, make a run for the ladder.  Climb down.

Open the door and wait for the flame to stop before running past it.  Quickly hit the panel here to summon the elevator and look down the ramp there is a Hunter here. Put him in stasis and get onto the lift when it arrives and ride it up to the top platform.  Run over to the left and as you approach another wall of flame will hit the gondola. Kill the Waster here and turn around to disable the Hunter whilst you are waiting for the flame to disappear.

When it is clear, get into the gondola and ride it to the far side of the shuttle. Go down the lift to the lower deck. Follow the ramp downward and avoid the flames shooting up through the floor. Use kinesis to enter the door at the bottom.  Work your way through the flames to the far end of this room, open the lockers on the left if you want and then enter the elevator here.

At the top, run to the right and jump on one of the turrets here. We now need to shoot the red objects that get stuck in the turbines at the far end of the room. After shooting a couple a whole bunch of enemies will show up so kill them as well if they get too close.  Once you have shot enough red barrels a scene will play.

When you regain control, you will be weightless outside.  Fly down to the piece of debris in front. Here you will see a platform we can land on with a supply chest. Above this is a platform with a new enemy type.

Destroy the two cysts and open the chest. Fly around to the bottom of this piece of debris to find an S.C.A.F Artifact [Artifact 1/1]. Now fly over to the objective marker at the personnel dock.

Enter the SK-IP here and fly to the C.M.S Greeley. 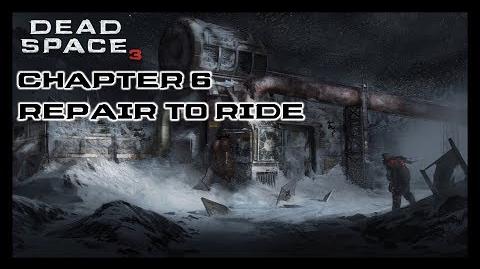 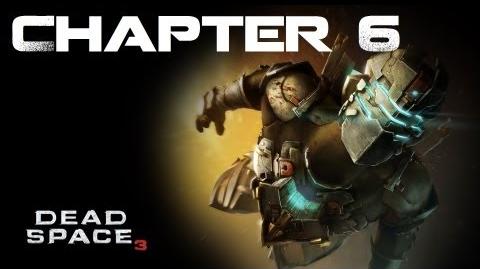