Prep the Crozier for re-entry
Dead Space Wiki doesn't currently have a walkthrough for this level, could you write it?
Mayhem is the seventh chapter of Dead Space 3.

After using the giant ray cannon to clear the military ordnance from the rotating machines that control the flight bay doors and getting blown into space, Isaac has now traveled back to the CMS Roanoke to assist one of the Eudoras crew, Mark Rosen in retrieving a port engine for the Crozier on the outskirts of the Roanoke. According to Buckell, the Crozier is still not fully fit for the journey down to Tau Volantis so Isaac must also acquire 3 flight recorder parts from satellites surrounding the Roanoke to rebuild a navigational module in order to assist them in flying down to the planet with less hassle. Once rebuilt he must install the module in the nose of the Crozier and finally be prepared to fly the Crozier down into Tau Volantis. 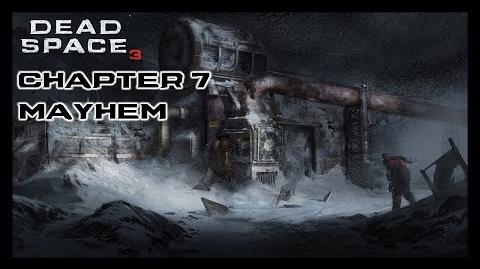 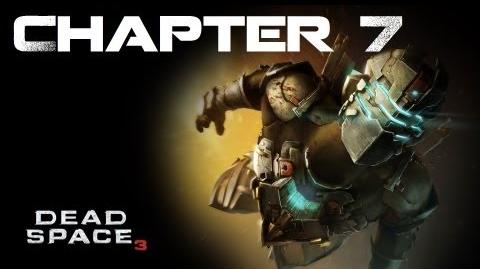