Chapter 8: Off The Grid

Search for survivors
Dead Space Wiki doesn't currently have a walkthrough for this level, could you write it?
Off The Grid is the eighth chapter of Dead Space 3.

After a very dangerous and troublesome descent to Tau Volantis which did not go down well at all, resulting in the death of a couple crew members and separating Isaac from everyone else, Isaac wakes up after a while still seated in the now destroyed Crozier upside down. Disorientated and not knowing where he is or what to expect, Isaacs RIG has been badly damaged and his helmet is not working, he has crash landed on Tau Volantis which is quite clearly a very cold, snow covered and treacherous place. He must leave his crash site and proceed to find shelter and also try and find signs of Ellie and the others. Unsure if they have survived or not while using the fires from the crash site to keep his body temperature up so he doesn't freeze to death. Eventually finding another large section of the downed Crozier he sees a dead body thinking it might be Ellie but is relieved to see its Mark Rosens body. After watching a short video message showing Ellie, Santos and Norton still alive and heading for shelter, Ellie quickly pleads for Isaac to still be alive and has left a trail of flares for him to follow. The flares lead through a couple of outposts and eventually to an abandoned waystation where Isaac sees Buckell, who is dying from hypothermia and exposure to the cold. He reveals that Ellie and the rest had acquired arctic survival gear and are heading to a nearby S.C.A.F facility but that there wasn't enough snow suits for him and that there might be  more in the basement but there was strange noises coming from down there so he stayed behind. He then passes away and Isaac must now proceed down to acquire a snow suit. 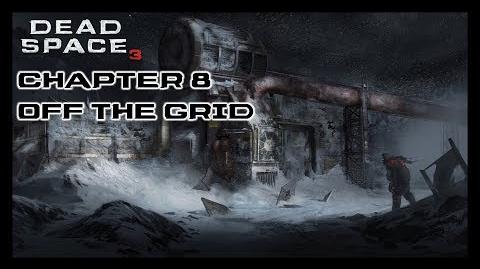 Dead Space 3 - Chapter 8 Off The Grid 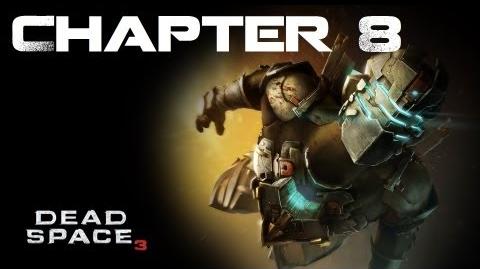 Dead Space 3, Chapter 8 Off The Grid (No commentary) 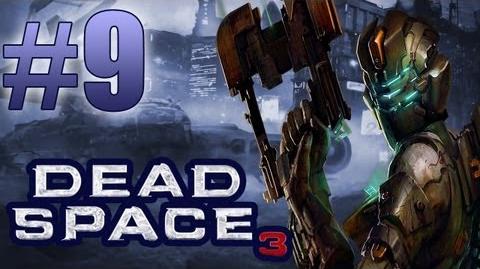