Find Ellie and her crew
Dead Space Wiki doesn't currently have a walkthrough for this level, could you write it?
Onward is the ninth chapter of Dead Space 3.

Isaac has now descended down into the lower levels of the abandoned waystation to try and find an arctic survival suit, as he won't last very long on the planet without one. However, Buckell's warning about strange noises coming from the basement are soon revealed to be a new variant of Necromorph: feeders, the husks of men who had eaten necrotic flesh, and prove to be a threat in large groups. Eventually after fighting off a vast number of these creatures and travelling deeper into the waystation's lower levels, Isaac finds a suit kiosk to equip an arctic survival suit and makes his way back up to ground level, where he continues to navigate the planet's hostile terrain in an attempt to find Ellie and the rest of the survivors. 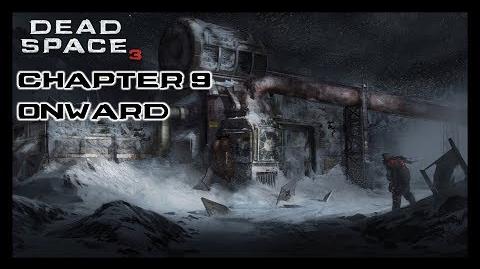 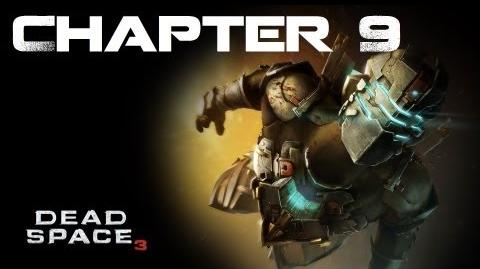