The Concordance Extraction Corporation, also referred to as CEC, is a public trading company at the forefront of the deep space mining industry. They are the largest solar mining and extraction company in the Earth colonies and the fifth largest company in terms of market capital.[1] The CEC was responsible for the creation of the giant Planet Cracker-class starships.

P.C.S.I. Sec was the police force on the CEC's flagship, the USG Ishimura.

P-Sec was responsible for maintaining order on the mining colonies established by the CEC.

The CEC are the owners of the USG Ishimura and USG Kellion, apparently possessing many other similar vessels as well. Isaac Clarke, Zach Hammond and the pilots of the Kellion all worked for the CEC. The company seemed to be heavily linked to Unitology as it sent the Ishimura to retrieve Marker 3A and apparently had no qualms about partaking in illegal mining operations frequently, as stated by Captain Benjamin Mathius in a log: "Just another illegal mining operation for the company."

Their logo is a large "C" with either a red or gold planet, depending on the logo, and the corporation's headquarters is based on Earth. The company likely profits in the trillions or hundreds of billions from mining as Hanford Carthusia mentioned that the CEC invested hundreds of billions into Aegis VII. The CEC owns and operates at least two ship yards: One on Mars and the other on an orbital ship yard located above Earth.

The extent to which the CEC is linked to the Church of Unitology was clarified by Executive Director of Colonial Mining Affairs Warren Eckhardt, as he was responsible for swapping out much of the crew of the Ishimura with Unitologists prior to its mission to Aegis VII.

Isaac Clarke was an engineer working under the CEC, specializing in spaceship maintenance and operation of ship machinery. Ellie Langford also worked for the CEC as a Class 4 heavy equipment pilot on Titan Station.

After the Ishimura incident, it seemed that unemployment in the CEC increased in drastic numbers as planetcracking started to lose its credibility and safety.

The CEC is known to own and operate more than four hundred deep space vehicles including five Planet Cracker-class starships.[1]

Logo of the CEC. 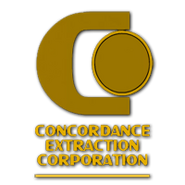 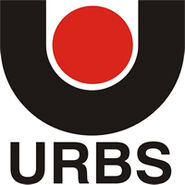