Not much was known about the original purpose of the Conning Tower, but during the Sovereign Colonies Armed Forces' expedition to Tau Volantis, they used it to store the "infected soldiers" bodies. When the Scenario Five order came, the two S.C.A.F. soldiers, Tucker Edwards and Valery Dietz are discussing the order. As Edwards did not understand the protocol, Dietz woefully explained that everyone including them had to die or someone else would do it for them as she held a weapon up against Edwards. Edwards tried to convince her not to shoot him, but ended up shooting her instead, vowing that if anyone tried to come for him, "they would be sorry".

Edwards putted his time to rigging the traps by using the Necromorphs and resources in the Tower to deter the S.C.A.F. soldiers from pursuing him. At first, he was prepared to do whatever it took to ensure that he would continue living, but as time passed on, he felt more guilty and remorseful for killing Dietz and being the only one who survived Scenario Five. After an indeterminable amount of time in the Conning Tower, he decided to "take one for the team" and commit suicide via lethal gunshot and his traps are still active throughout the Tower.

When Isaac Clarke restored the power to the Terra Nova and entered the tram after avoiding the Regenerators, he noticed two stations: Aft Station where the CMS Crozier was docked and Mid Station, the Conning Tower's location. Austin Buckell discovered that "a number of useful tools and salvage are signed out from storage there" by Edwards. He notified Isaac about this discovery. The players had the choice to explore the Conning Tower in order to find Edwards' stash of tools and resources.

Isaac first had to find the key to get into the Tower which was in a nearby tram control station next to an Audio Log, warning against doing so. While Isaac traveled through the Tower, he ran into many of Edwards' traps including the quarantine lockdowns that are reminiscent to the ones that are encountered in the original Dead Space, electric fences, gravity plating overloads and the awakening of the dormant Necromorphs that are stored in the Tower. As he traveled, he heard Edwards via the pre-recorded messages that are dissuading him from continuing, giving the illusion that, despite the fact that the derelict flotilla orbited Tau Volantis for 200 years, he was still alive.

Isaac was able to disarm each of Edwards' traps and make it to the top of the Conning Tower where he found Edwards' corpse sitting in a chair and his stash nearby. Isaac looted it and tried to leave the room, but Edwards had one last trap setted up for anyone who was still alive. He setted any remaining explosives off in the Tower and Isaac had to fight through the Necromorphs that are woken up by them and escape from it. When he escaped, he told Buckell that he was heading to the Aft Section of the Terra Nova to check the Crozier out, hoping that "it was not a piece of shit" which Buckell laughed at.

The Events of Dead Space 3: AwakenedEdit

You would encounter this optional mission at the end of Chapter 5 and the start of Chapter 6.  Once you activated the Terra Nova's tram system, travel to the Mid-Section of the ship.

Exit the tram at Mid-Section of the Terra Nova. Climb the stairs. The door on the right required a key card to get into so go over to the left one and complete the hacking puzzle game to unlock it. There was a Bench inside along with a locker and a crate. Up the set of stairs was a control room that was containing the key card for the Conning Tower [The optional mission] and an audio log for Mission 6. Grab the Weapon Part – Conic Dispersal [Weapon Part 1/3] from the Bench here (Note that this would be here on New Game + as well as a MK-II Conic Dispersal). Return to the main room and use the key card on the panel next to the door on the right to unlock it. Ride the lift up to the Conning Tower.

Exit the lift and as you reached the stairs, look at the roof to find a pair of Slasher cocoons. Shoot these and kill the baddies that emerged. Follow the corridor around to the left. In front of the next door, you would find another cocoon on the roof. Kill it and enter the door.

Climb the stairs to the catwalk at the top of the room. Work your way over to the unlocked door. Attempt to open it and the room would go into lockdown. This was going to summon a whole mess of enemies to attack. The enemies would come in waves of one to two at a time and in total, you would have to kill the 6 Slashers, 3 Spitters and 4 Lurkers. There are some explosive/Stasis canisters on the ground floor to make things a little easier for you. Once all of the enemies are dead, interact with the blue panel that appeared on the wall to the left of the locked door for a mini-game to hack it open.

Continue into the next room. As you entered the main room, shoot the Slasher cocoons from the roof and kill the three Slashers that appeared. Head out the far door. In this room, you would find a beam of electricity blocking your path. Look above it and to the right to find a small orange glowing panel. Shoot this to disable the beam. Go on through the door that it was blocking.

Kill the two Slashers that appeared and shoot a third one from a cocoon on the ceiling. Unfortunately, the electric beam on the stairs here would not kill them, but only stun them temporarily. When they are dead, look on top of the electric barrier to the right for the panel to disable it. At the top of the stairs, you would see the next orange panel over the railing in the distance. Shoot it and continue through the nearby door.

Loot the area to the right for an Upgrade Circuit [Circuit 1/4] on the control panel and grab the ammo if it was required. Take the lift down to the lower floor. Kill the three Slashers that emerged from the boxes on the walls. Follow the room to the right and enter the door. Kill a Slasher before going through the next door. We would have a short scene about the gravity panels. The short of it was to do not touch them unless you want to die instantly (Note that on these panels, there was an Upgrade Circuit on New Game +)!

Climb down the ladder. There was a Bench here. You should make a Torque Bar if you do not have one as there was a locked door up ahead! Proceed through the next door and up the ladder when you are ready. Here, you would find another electric trap. The two Slashers and two Spitters would come to attack you. Once they are dead, stand at the top of the ladder and look around the corner for the orange panel on the wall. Shoot it to disable the electric trap.

Next to the ladder here, you would find a door requiring a Torque Bar. Use this to enter the room for a Weapon Part – Rotator Cuff Module [Weapon Part 2/3], an Upgrade Circuit [Circuit 2/4] from the locker on the left. Exit the room and go down the ladder. At the base, look in the locker nearby and destroy the grating on the far wall and the orange panel behind it. Kill the Slasher that dropped down and cruise through the door.

When you entered the large computer room, look for the ladder in front. Climb down this and turn right at the bottom. In the corner here, you would find a S.C.A.F. Artifact [Artifact 1/1]. Head over to the elevator opposite the entry door and activate it to start another lockdown.

As it was with the previous lockdown, you are going to fight another group of enemies off. The enemies would come in waves of one to two at a time and in total, you would have to kill the 6 Slashers, 2 Spitters and 2 Leapers and an Exploder. Once they are all dead, head to the bottom of the ladder and look at the wall nearby. There was a puzzle here that we would need to solve to unlock the elevator.

To do this one, you need to use Kinesis to rotate the different fuses here so all of the connections lit up. They lit up when the two adjoining prongs matched up. To do it nice and easy, use the following:

This unlocked the elevator. Head over and use the lift. After exiting, look down the stairs to the left for a Text Log [Log 1/3]. Now, head over to the spinning fan (Note that there was an Upgrade Circuit on the computer Bench to the right on New Game +). To disable it, use Stasis to slow it down and use Kinesis to pull the three circular objects from the end of each fan blade. Return to the lift.

Backtrack all the way to where we encountered the gravity panel trap earlier, noting that you would be attacked by a couple of pairs of Slashers and a Lurker on the way. When you reach the disabled trap, enter the now accessible elevator. Choose the second floor first.

Exit the lift and grab the key from the crate in front and look on the left side of the room for a Text Log [Log 2/3]. Loot the rest of the room and return to the lift. Take it up to the third floor.

Upon leaving the lift, cruise over to the middle of the room to find Edwards. Use the Audio Log [Log 3/3] next to him (There was also a Weapon Part – MK-II Medic Support on a crate at the end of the room closest to the glass on New Game +). Use the nearby elevator to go to the next floor. Open the door here for a chest that we could open for a Weapon Part – Medic Support [Weapon Part 3/3], two Upgrade Circuits [Circuit 3/4 and 4/4] and some spare parts boxes. After looting, return to the previous room and take the lift down for one last challenge.

Some explosives would go off and you would need to defend yourself against a couple of waves of enemies. This time, they are comprised by 3 Pukers, 1 Leaper and 1 Lurker. Once they are dead, loot the rest of the room and follow your suit's locator all the way to the tram station at the start of the mission. You would encounter a couple of Spitters and Slashers on the way back to the first lockdown room, but they would not cause you too much grief! In the lockdown room, a pair of Lurkers, three Leapers and an Exploder are there.

Cruise over to the elevator to return to the tram station to complete the mission. 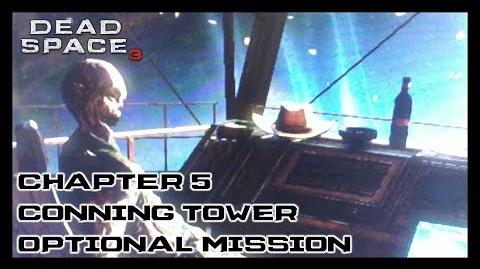 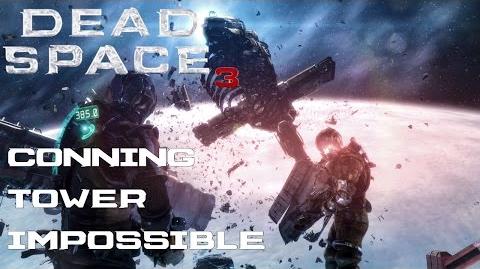