Dead Space Wiki
Register
Don't have an account?
Sign In
Advertisement
in: Pages with reference errors, Articles with Spoilers, Characters,
and 5 more
English

"Alright. I know that you are confused right now. I could explain everything, but you got to trust me. Okay? Listen! You are in terrible, terrible danger!"
—Franco's last words.[1]

Franco Delille (frɒŋkoʊ dliːlə) was an engineer and Unitologist working on Titan Station. One of the initial survivors of the Necromorph outbreak[3], he was the first on-screen victim in Dead Space 2.

Outbreak on the Sprawl[]

Franco was specifically assigned by Daina Le Guin, under covert orders, with the mission to free Isaac Clarke from the Titan Memorial Medical Center's asylum. During his journey with Sarah Andarsyn, Franco kept the logs about his progress that revealed his difficulty in reaching "Target zero" (Isaac) because of Andarsyn and the outbreak.[1][4][5][6] Despite the fact that he was actively helping the major goal of the Church, it seems that Franco was unaware about the existence of the Necromorphs and the plans of overruning the Sprawl with them, just like Karrie Norton was tricked.[note 2] Apparently, he was also trying to get rid of Andarsyn without needing to kill her.[note 3]

Prior to the initial Necromorph outbreak on the Sprawl, Franco was ordered by his superior, Weaver to head to the CEC Facility to repair a malfunctioning door. He was assisted voluntarily by CPD Officer Sarah Andarsyn, his girlfriend.[2] The two embarked on various repair missions assigned by Weaver or reported by the other engineers. After repairing a manufacturing sky panel outside the station, Franco and Andarsyn are advised by Weaver to remain on active duty. Weaver's reasoning was the problems arising from the news of an unspecified "outbreak" that may require their skills. Before heading for the tram station, Franco received an encoded message from an unknown sender and lied to Andarsyn by telling her that it was a wrong number.

While they are waiting at the tram station, Franco and Andarsyn encountered a stampeding crowd flooding into the station. The cause of the panic are a group of humanoid creatures. Andarsyn attempted to kill the creatures with her gun only to be knocked over by the crowd. Andarsyn managed to defend herself by using a Plasma Cutter.

When more Necromorphs arrived, Franco ordered the civilians and Andarsyn to board the tram and they escaped. Weaver contacted Franco with more information on the "outbreak" that was spreading throughout the Sprawl and instructed Franco to repair the lighting in Sector 45 to prevent the determent of the Sprawl security.[7] However, Andarsyn wanted to assist her former partner, Hodgkens with a hostage situation in Sector 27.[8]

If Franco went to Sector 45, he and Andarsyn are driven into the vents and to the Titan Station Church of Unitology by the appearance of more Necromorphs. He repaired the Church's security shields and terminals and managed to restore the lighting in Sector 45. If Franco followed Andarsyn, his assistance with the hostage situation aided in the rescue of Armado Creeg's family and Creeg's death.

The diverging narrative paths of Ignition took Franco and Andarsyn to help either those heading for the hospital or to the upper levels of Sector 27 where Weaver ordered a quarantine lockdown of the levels below them. Franco's choices always resulted in the death of Andarsyn, either by his own hand to preserve the secrecy of his mission, an ambush by the Pack[9] or suffocation from a rupture in her suit during a space walk to the station's inner rim.[10]

Upon reaching the Psych Ward, Franco ruminated over the people that he lost on his journey before releasing Isaac Clarke from his cell.[11] As Isaac regained consciousness, he informed Daina Le Guin who was his contact that he located him. Franco who was aware about the danger tried to warn Isaac about their situation. Before he could, Franco was impaled in the chest and forehead by an Infector which transformed him into a Slasher. Isaac knocked him down and escaped from the hospital under the guidance of Daina.[1]

Franco as he appears in Dead Space: Ignition.

Another view of Franco as a Slasher. 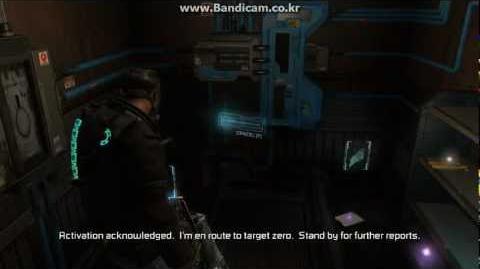 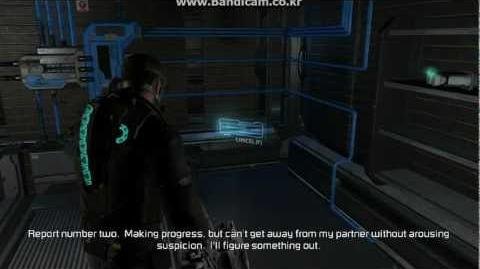 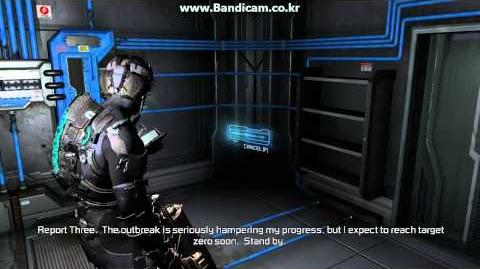