Timed plasma mine
or NONE (DS3)

None (or Survey Charge)

None (or Compressor Tip)

The Line Gun's secondary fire mode is a timed mine. When detonated, the mines explode in a dazzling display of lasers that cut through anything nearby. Drop mines amidst a group of Necromorphs and watch the parts fly.

In Dead Space 3, a Line Gun is composed of a Tesla Core on a Heavy Frame with the Default Tip. Also, the Negotiator Line Gun, which sacrifices some clip for more speed, can be made using the Negotiator tip. 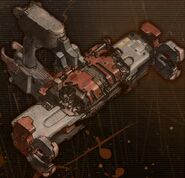 Art of the Line Gun

Disassembly view of the Line Gun.

A screenshot highlighting the width of the Line Gun.

Concept art for the Line Gun 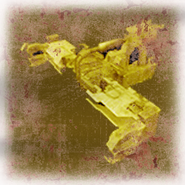 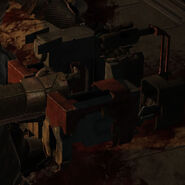 Close-up of the Line gun.

Concept art of the two-handled Line Gun from DS3. 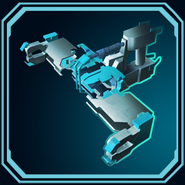 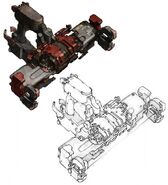