The Lurker is a Necromorph specialized for ranged attacks. They are usually created from human babies and infant-like organ banks used in biological prosthetic procedures, but can also result from infected dogs, as is the case of those found onboard Sovereign Colonies ships and the icy surfaces of Tau Volantis.

Lurkers are an extensively mutated Necromorph form, sporting a number of adaptations to facilitate ranged and low-gravity combat. Lacking both the coordination and muscle mass demanded to efficiently kill, the unlucky victims and corpses transformed into a Lurker are treated more like a lump of biomass than an existing template, around which the pathogen recombines it into an offensive form.

The only recognizable features left upon this form of Necromorph is the general shape of its skin, the silhoutte of the head, and the unchanged limbs dangling at its sides. This covering is stiff and leathery in order to provide protection and a support structure for the many sticky tentacles that now dominate the thoracic cavity and lower abdomen. These tentacles aid the Lurker in its locomotion, steadying its movements and allowing it to walk along walls and even creep over ceilings without losing speed.

Coiled in the former pelvic area are three long, ropy tentacles, which unfurl when the Lurker has spotted a victim. Like the limbs associated with movement, these extremities are strong and flexible, able to whip around and rake opponents with their barbs. The tentacles are able to launch barbs at high speed and accuracy, making the Lurker a ranged threat.

It is hinted at by a radiography photograph in Dead Space that Lurkers can develop inside the womb of an unsuspecting mother, or from infants growing in external artificial wombs. However, an infant form is not the only form of Lurker in which an adult Lurker can also be seen, though that is the only instance in which one is encountered. During the Tau Volantis conflict waged between John Carver and Isaac Clarke,  Lurkers are no longer created from human infants but from dogs instead; a sign of the adapting capabilities of the Necromorph strain.

The Enhanced Lurker has the same body structure as a Lurker but is entirely black, far more resistant to damage and fires more lethal barbs. Both variants can commonly be found stalking Zero-G environments.

A new canine version of the Lurker is introduced in Dead Space 3. These dogs were part of a S.C.A.F. expedition project that had the purpose of using them to look for Marker artifacts. 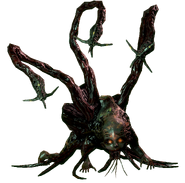 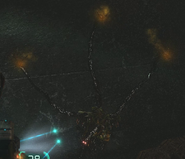 Concept art of an infected cat, that would presumably be replaced with the Lurker 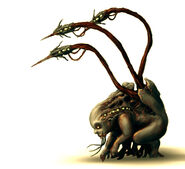 Concept art of the Lurker for Dead Space.

Concept art of a Lurker hanging from a wall.

Conceptual art of The Lurker for Dead Space: Downfall. 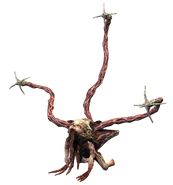 Overview of the Lurker 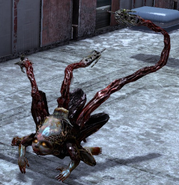 An Enhanced Lurker in the first game.

Isaac ensnared by the Lurker's tentacles.

Isaac stomping on a Lurker.

A Lurker lunging towards its prey from Dead Space: Downfall.

A Lurker as seen in Dead Space: Aftermath.

Lurker as seen in the Dead Space 2 multiplayer trailer. 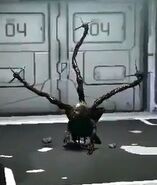 An Enhanced Lurker in Dead Space 2. 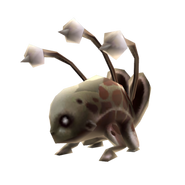 A Lurker as a pet for Xbox LIVE.

Concept art of the dog lurker in Dead Space 3.

A Dog Lurker in Dead Space 3.

A giant dog Lurker variant in relation to Isaac.