Plasma Cutters, also known as Cutters, are a family of similar improvised weapons that have commonly been used by survivors during outbreaks of Necromorphs.

Three different types of Plasma Cutters have been shown in the series:

The first, and most common, is the 211-V Plasma Cutter. Designed and manufactured by Schofield Tools, the 211-V is a tool designed to be used in mining operations. It uses two alignment blades on the side, and three lights on the front, to help the user accurately cut through softer minerals. It uses an internal power source, is compact/light enough to be easily portable, and can be even used one handed (due to its light weight). Isaac found his 211-V on a bloody workbench on the USG Ishimura.

The second version shown in the series is a Makeshift Plasma Cutter. Built by Isaac Clarke during an outbreak on The Sprawl, it was originally a medical device that was used in surgeries. Isaac used a flashlight he had acquired earlier as a power source for the cutter, quickly attaching the two to fight off an attacking Slasher. This model is smaller than the 211-V. Its emitter has covers that retract over its front, presumably to prevent accidental discharge while not in use. These covers open when the weapon is activated. Isaac continued to use this weapon throughout his escape from the station. It is unknown what happened to it afterwards, but it can be assumed that Isaac most likely discarded it in a favor of a "real" Plasma Cutter.

The third version shown is an unknown model. It appears to be somewhere between the 211-V and Isaac's Makeshift Cutter in size and aesthetics. Its front has alignment blades similar to the 211-V, but they retract over the emitter similar to Isaac's Makeshift Cutter; its back end is more similar to that of Isaac's Makeshift Cutter. This model, like the other weapons in Dead Space 3, can be disassembled for parts to upgrade and/or modify other weapons. These upgrades includes adding a plasma cutter on as a secondary weapon, or adding a secondary weapon onto a plasma cutter. Isaac first makes use of this model while escaping from militant Unitologists on the New Horizon's Lunar Colony.

DLC variants of plasma cutters within their respective games are usually available from the first in game store discovered.

On impact with the target, bolt cohesion fails frontward first, penetrating the target with a focused jet of superheated matter. This causes intense localized shear effects as well as a tunneling thermal expansion. When used upon brittle, frozen rocks riddled with faults, it can split them open in one or two shots in skilled hands. Against pliable targets, however, impact will cause minimal damage and thermal expansion will not so much cut as stress the area around the impact site, sometimes requiring several consecutive hits with the non-upgraded tool. Still, when presented with a less than effective alternative against dense organic matter, the 211-V Plasma Cutter retains its utility.

The Plasma Cutter utilizes variable-capacity cartridges called Plasma Energy as its ammunition which is capable of cutting down hard, mineral laden rocks in mining operations. Though seeming to only contain stored energy in them, plasma is in fact highly ionized matter, so either the cartridge is a combination battery/plasma medium, or the Cutter itself contains a reservoir of usable material to carry the ion charge.

Plasma Energy for the Plasma Cutter can be purchased in the Store for 1,200 Credits for six rounds. 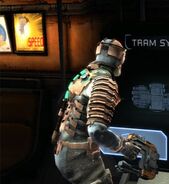 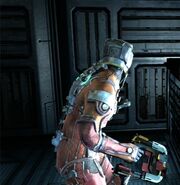 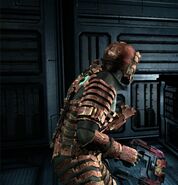 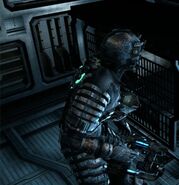 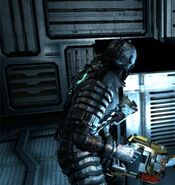 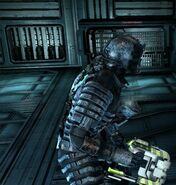 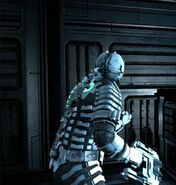 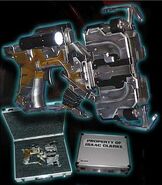 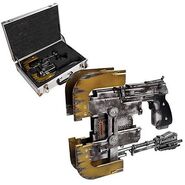 Artwork of the DS2 Cutter.

A Plasma Cutter poster aboard the USG Ishimura.

Disassembly view of the Plasma Cutter in Dead Space 2. 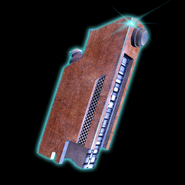 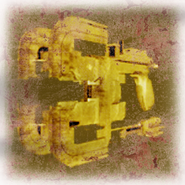 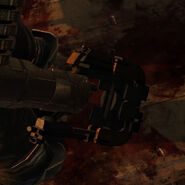 Close-up of the Plasma Cutter in Dead Space.

Concept art of the Plasma Cutter from Dead Space 3.