Supply Depot 212 was a location on Tau Volantis in Dead Space 3 as well as the location for the Supply Depot optional mission.

The Events of Dead Space 3 Edit

The Supply Depot was first found in Chapter 8, but the entrance was locked. In Chapter 9 when Isaac Clarke tried to repair or replace his damaged suit after he crash landed on Tau Volantis, he eventually found a key to the Depot. Picking the key up activated a pre-recorded message of a S.C.A.F. soldier ordering Sergeant Conchran to use the key and find a missing Sergeant Lumley and secure the food, supplies and ammunition that are stored there. The players had the choice to explore the depot in order to find the supplies that are stored there by the S.C.A.F.

Upon first entering the Supply Depot, Isaac would find an audio log of the two soldiers which are Conchran and an unnamed soldier that are trying to find Lumley and the supplies. The further investigation of the Depot and Isaac would find a room with the people that are bound to the metal structures. Another log indicated that the unnamed soldier was starting to become terrified by the planet and wanted to leave the Depot, but Conchran wanted to keep searching for Lumley. Upon exiting the room, a quarantine lockdown activated and Isaac had to kill all of the Necromorphs to proceed.

The further exploration showed that the people who are in the Depot are afflicted by dementia from the Marker Signal with the graffiti saying "Turn it off" and "Make us whole". Another log deeper in the Depot stated that the soldiers are still searching for Lumley and Conchran was acting strange. One last log revealed that the soldiers found the food, but it was spoiled, but Conchran did not seem to mind, saying that there was food in the form of "Fingers and toes and noses", revealing that Conchran either turned to cannibalism or was a Feeder. The text logs revealed that Lumley was affected by dementia and spoiled the food on purpose to make room for the "Tasty ones".

In the deepest part of the Depot, Isaac would find a lift, but when he lowered it, a quarantine lockdown activated. After the lockdown, the lift would completely lower revealing a storage container that was filled with supplies. After looting the stash, Isaac left to find Ellie and the other survivors.

To access this optional mission, you must first acquire a key that could be found in the waystation basement during Chapter 9. Once you exited from the way station, backtrack all the way back to the locked door opposite the ladder that you climbed for an artifact upon arriving in the area in Chapter 8. Walk up to the locked door. Kill the Slasher that appeared and use the key on the unlock panel. Enter the door to begin the mission.

Make your way forward and look for an Audio Log [1/6] on a Bench next to the vehicle on the right. Enter the unlocked door opposite the vehicle. Kill the two Slashers in here and grab the Text Log [Log 2/6] from the table to the right. Play through the hacking mini-game to unlock the door. When it was unlocked, proceed through it.

You could climb the ladder in this room for a few crates to stomp if you wish. When you are ready, continue through the main door. The four Slashers would burst in here through the vents and a Spitter would attempt to sneak up on you as well. Kill them and enter the unlocked door on the right. Continue through the next couple of rooms (The second had a pair of medical packs in lockers around the corner) until you reached a larger area.

Climb the stairs here and turn to the right. You should see an Audio Log [Log 3/6] on a table next to some lockers. Go ahead and try to open the door. A lockdown would occur. At this point, you need to defend yourself against a big group of Slashers and Spitters. Thankfully, they usually appeared 1-2 at a time so they should not be too taxing for you! I counted 6 Slashers and 4 Spitters before the lockdown concluded. Enter the now unlocked door.

Scale the stairs and enter the door on the right. (On New Game +, if you go to the catwalk to the right of the ladder and look down on the machine below, you would find an Upgrade Circuit that you could Kinesis over).  Climb down the ladder to the large room below. Kill the 7 Slashers and the 2 Spitters that appeared. Go over and pull the battery out of the socket and put it into the empty socket next to the door just at the top of the stairs on the right of the room.

Enter the door and kill the two Slashers here. Loot the Weapon Part – Repeater [Weapon Part 1/2]. Return to the main room. Unplug the battery and stick it into the socket next to the door that your suit's locator wanted you to go through to unlock it. Go on through. There are some boxes on the left in this room so stomp them if you like before continuing.

In this room, you would see an elevator. Behind it was a panel that you could complete a mini-game on. Do this to summon the lift. Unfortunately, doing this had the side effect of spawning a bunch of enemies to come and attack you. Kill the 6 Slashers here before entering the lift and riding it up to the upper level. Enter the unlocked door here and look to the left for some lockers to loot and to the right for a Text Log [Log 4/6]. Use the Bench here to create a Torque Bar if you do not have one before continuing through the next door.

Follow the walkway around until you are on the other side of the raised bridge. Use Kinesis on the crank across the gap to lower it. Doing this would summon a number of Necromorphs to enter the room via the vents. Kill the 7 Slashers and the 3 Spitters that appeared before proceeding over the lowered bridge and enter the door.

Here, you could use your Torque Bar to unlock a supply room. Inside, you would find a Blueprint – Heavy Metal Thunder [Blueprint 1/1] and some ammo and reagents for you to pilfer. Return to the previous room and head out the other door.

Climb down the ladder and proceed along the set path here through the two doors until you reached a larger room with a raised walkway that was visible above. Suspended from this walkway, you would see a pair of Slasher cocoons. Shoot these and kill the enemies that emerged. Climb the ladder when you are finished and enter the lift at the end of the walkway. Ride it up to the next area.

Upon exiting the elevator, kill the two Slashers that dropped from the roof. Loot the lockers on the right if you desire and check the Audio Log [Log 5/6] out on the table against the far wall. Exit through the unlocked door. There was a Bench here if you require it's services. If not, continue through the next door into a large storage room.

In the far right corner of the room from where you entered, behind the lift on the ground level, you would find a S.C.A.F. Artifact [Artifact 1/1] on a shelf (Note at the top of the stairs at the back of the room, you would find a Weapon Part – MK-II Scope on New Game +). When you are ready for a fight, go over and activate the control panel on the lift to lower it.

Lowering this lift would trigger a number of enemies to appear and the lift would not reach the ground until they are dealt with. To begin, you are going to be swarmed with a large group of around 10-12 Feeders. Once they are eliminated, the 6 Slashers and 2 Spitters would also enter the room to attack you. Fortunately, they only came at you 2-3 at a time.

Once everything was dead, go and loot that chest on the elevator. Here, you would be able to grab a Weapon Part – Scope [Weapon Part 2/2] and two Upgrade Circuits [Circuit 1/3 and 2/3].

Exit the area via a now unlocked door on the opposite side from the entry and continue through the hallways until you reached a control center. There was a Bench on the left side of the room and an Audio Log [Log 6/6] on the table opposite. When you are ready to continue, enter the unlocked door nearby. Ride the elevator at the end of the hallway back up to the ground floor.

Kill the 3 Slashers here. Loot the lockers and the Upgrade Circuit [Circuit 3/3] from the wall to the left of them and continue through the next few doors, killing the occasional Slasher as you went until you found yourself back outside. The mission would be completed. 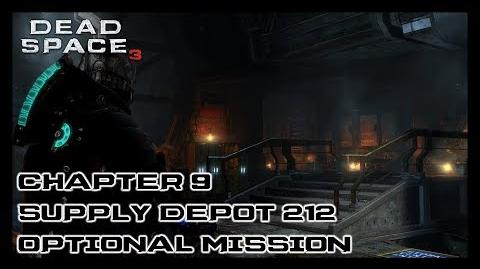 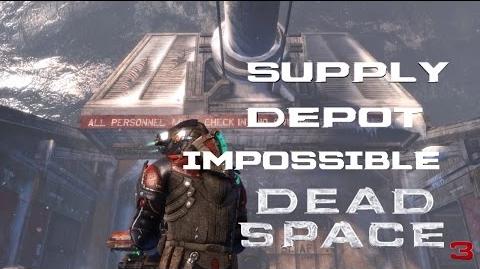 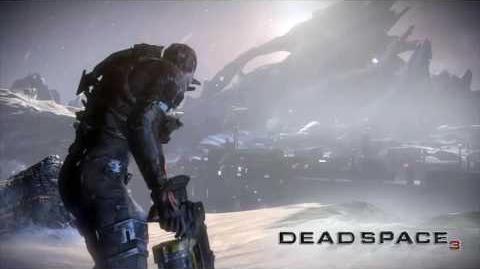