The Tormentor was a disgusting Necromorph composed of numerous corpses. As of the present, the only known specimen was encountered on Titan Station in Dead Space 2.

The Tormentor was a gigantic Necromorph with a long, slender body and highly elongated limbs. The Necromorph was mostly composed of hardened bone material similar to that of a Brute, acting as a tough armor that not even high-caliber weapons could break. At the end of a flexible neck was the Necromorph's head which was formed from the head of a single human victim. The upper jaw expanded into a fanged maw and a pair of mandibles protruded from either side of the face.

The Tormentor's forelimbs are extremely long and are composed of glowing yellow tissue near the shoulder joint. This tissue was a weak point and if enough damage was sustained in this region, it would explode, severing the limb. The rest of the body was a serpentine, misshapen mass of bone fragments and necrotic tissue. The Tormentor had two mini-sized legs in the middle of his body that served as extra support to his weight.

Interestingly, the Tormentor has only one arm that has a weak-spot containing yellow tissue. Usually both the limbs are connected with this type of flesh, however, the Tormentor is unique with that matter. It is unknown how The Tormentor quickly locked onto Isaac's position after he fell down the vent, one can say The Tormentor has a keen sense of hearing but it does not explain why it did not attempt to track and kill Isaac earlier. It could be that it was otherwise occupied with hunting down other prey, or was in the process of being formed before it found Isaac, due to the large amount of corpses that make up the body structure

The only foreshadowing before the appearance of the Tormentor occurs in Chapter 4, when Isaac first encounters the Stalkers in the Unitologist Church and he senses a massive Necromorph breaking and jamming a door. No characters say anything about its size, attacks, or even presence before Isaac encounters it. The Tormentor is first seen right after the encounter with Daina. It was very tough as the guns from the EarthGov Gunship (which could destroy a shuttle) did not seem to damage the beast.

After successfully dismembering the Tormentor's arm, Isaac ran toward a window. The gunship appeared outside and proceeded to open fire, breaking the glass and sucking Isaac and the Tormentor out into space with him whirling madly in the zero-gravity environment. Isaac grabbed hold of the gunship, but as he turned to look, the Tormentor crashed into the ship as well. Isaac tried to escape by boosting away, but the Tormentor grabbed his leg. The Tormentor, however was momentarily distracted by the fuel canisters floating out of the ruptured hull of the gunship. To escape, Isaac shot one of the canisters which killed the Tormentor and sent Isaac spiraling back through a window into the Cassini Towers.

Due to the constrained time to attack the Tormentor's weak points, Isaac's equipped weapon would automatically be reloaded once the weak point was sufficiently hit, bypassing the reload animation and saving precious time. 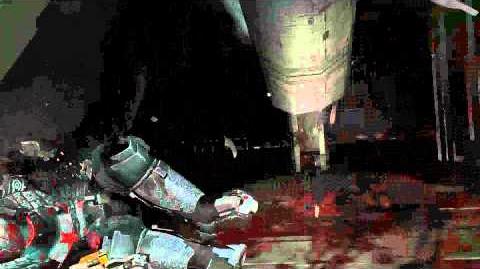 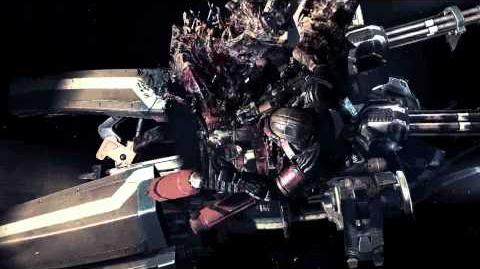 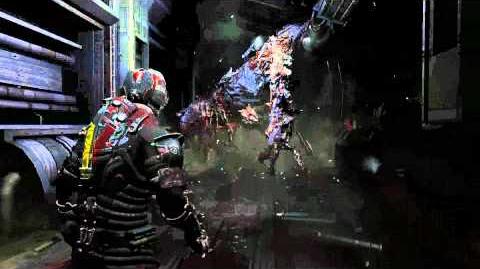 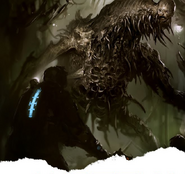 Tormentor concept featured in 'a journey through terror' video series on YouTube.

A closeup of the Tormentor before it knocks Isaac into space.