The most common variant of these soldiers, they wear either black and white suits with armor and clothing filled with Marker symbols. The snow suit variants are equipped with more light-colored suits. They are equipped with Bull-pup rifles, hand and stasis grenades. Rarely, a Hydraulic Eviscerator is  seen attached to their Bullpup Rifles, making them deadly if they charge up-close. (A single melee could potentially kill the player on higher difficulties) They wear light armor and die relatively quickly, with a single shot to the head.

These bombers are quite rare, only 3 are met in the whole game. They start running towards the players far away and can be easily recognized by the red marking of the hand grenade they are wielding. Coming closer to the player, they start yelling for example "One mind, one body!" and other religious quotes of Unitology. They die instantly by any sort of weapon but can kill the player easily if one lets them get close enough. They appear to be part of the light infantry and are possibly hurt in some way, with suicide being the fastest option to die.

There are two Infantry variants of this type, shotgunners and bazooka-wielders. The shotgunners wear almost entirely black suits with a skull-like paint on the face mask and some Marker symbols in some areas. They are more armored than the light Infantry variants, able to even withstand a shotgun blast to the chest area as well as a shot to the head on higher difficulties. They come equipped with a shotgun. They try to run in front of the players and shoot them while the rifle soldiers in the background attempt to take the player(s) out from a distance.

The second type are equipped with a customized rocket launcher consisting of a modified variant of the heavy standard frame, survey charge and a directed suspension field tip as well as a rocket holster on their back. They also wear some sort of protective goggles. They come equipped with grey and white armor and have about the same amount of health as the light Infantry men. They can be easily recognized from the three orange laser beams coming from the suspension field tip. The rocket, which the soldiers launch, can be grabbed with kinesis and be used against them if wanted to or against nearby enemies.

When infected, the soldiers will become either Fodders, Shamblers, or Slashers. Usually this happens when the Swarm are around but sometimes they can be encountered emerging from vents (such as the Drill part) and from the snow. Shamblers can be found whenever there are dead bodies of the fanatics lying on the ground. They appear to have as much health as the other common, non-enhanced Slasher and Fodder as well as the other Shambler variants. 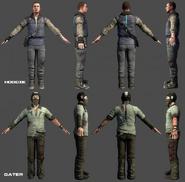 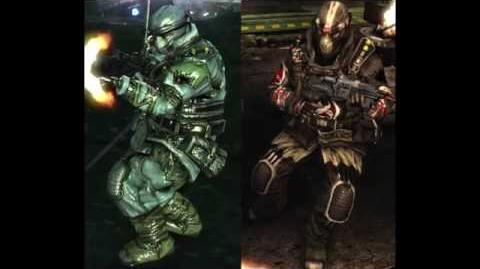 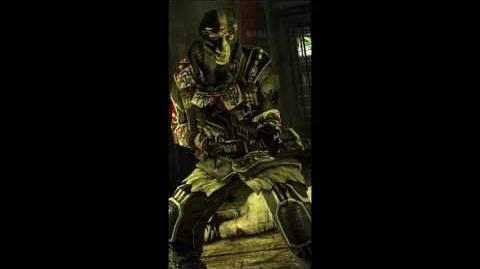