I've finally played the demo to Dead Space 3, so I thought I'd share my thoughts on it, and whether or not my fears of it becoming the next Resident Evil 6 were confirmed. 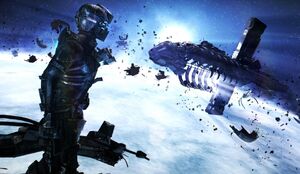 Before dissecting the demo, I think it's important to understand just what kind of franchise Dead Space is. Is it survival horror, like Resident Evil, with its cranks puzzles, limited saves and fight or flight gameplay? No, not really. Dead Space and Dead Space 2 were always "action horror", more in the vein of Resident Evil 4 or BioShock. They're fun third-person shooters with scary monsters, dim lighting, and some survival horror trappings. They aren't as fast, furious, or fluid as your usual balls to the wall action titles, and they're not as scary or opressive as your "pure" horror titles such as Slender and Amnesia: Dark Descent. Nearly all of the enemies you kill have loot on them, but you always have just enough ammo to make you worry. It's not as empowering as games like Uncharted and Halo, but it's still focused on the fight; you have to deal with nearly every enemy encounter to proceed. It does however, manage to blend the genres well, and I think Dead Space 3 is embracing this. 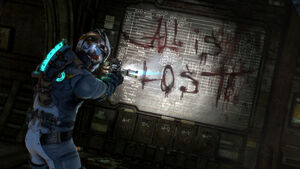 In order to facilitate faster-paced gameplay other facets of the controls seem to compensate. Melee combat much more effective than it was in previous games, so that the player can handle the frantic action on the screen. You know, like that giant drill bit? Yeah, that was crazy. I can understand that big action set-pieces might not appeal to those who prefer the horror to the action, but Dead Space 2 had them, right? Personally, I always thought of the Dead Space series to be about delivering enjoyable third-person shooting with more tension and thrills than the average action title. The drill set-piece may not have been Eternal Darkness bathtub scare crazy, but it still heightened the action with the constant threat of insta-death.

One of the biggest problems with triple 'A' titles these days is that they remove where they can instead improve. From what I've seen in the demo, this doesn't seem to be the case. In Dead Space 3, we can now craft and customise our own ideal arsenal, giving you more of an incentive to explore and experiment. 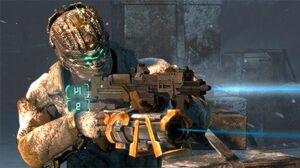 I admit, I felt overwhelmed when I reached my first Bench, and that’s not a bad thing. I know I’ll get past its learn ing curve eventually, and when I do, the extra additions will give the gameplay some much-needed depth and re-playability. Crafting and customisation are a great addition to the Dead Space formula, and I hope to see more additions like this in the future.

Also, crouching. Isaac has finally figured out how to roll.

Universal Ammo: Hot or Not?

This one is sort of a hot topic; universal ammo is the chagrin of many horror-enthusiasts. In order to appeal to a wider audience, this game has been made more action-oriented, and that change in direction for the franchise is most evident in its use of universal ammo for all guns. On the one hand, for more casual players (or those who simply don't like inventory management), this is a relief. Less reorganising your inventory every five seconds. On the other hand, this can be seen as a hindrance to the game's sense of tension. If ammo is as easy to find as it has been in previous titles, we'll never have to worry about finding ammunition. 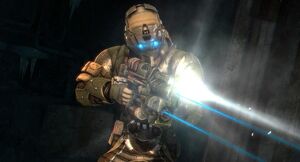 Then again, since all ammo pools from the same supply, you could easily screw yourself out of all your guns if you're not careful. I can certainly see how universal ammo can be a hindrance as well as a handicap. For now, I'll try to keep an open-mind about it until I play the full game.

More Fun with a Friend

Co-op. In a horror game. Does it work? No, not really. But of course, Dead Space 3 isn't exactly a horror game to begin with. The decision to add co-op to Dead Space's single player campaign caused a lot of controversy since it was first announced. Was this entirely unwarranted? Well, anyone who has played Resident Evil 5 or its abomination of a sequel will tell you no, it isn't. Cooperative campaigns sucked almost all the scares out of those games. The terror that isolation can bring was ripped out of the experience, as the entire game was built around it. Is this the case with Dead Space 3? 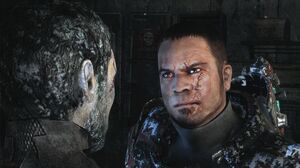 I don't think so. Does having Carver along for the ride take away what few scared Dead Space can provide? Probably. The saving grace of this game however, is that it's optional. By giving us the option to play alone, this game already has a leg up on that other "survival horror" franchise. Want to play all by your lonesome, shut off from the world on your living room couch, with all the lights turned off? Go for it. Want to grab a couple of beers and have a blast blasting necromorphs together? You can do that. By giving us two ways to play, they've doubled the depth of this game, and widened their audience without sacrificing anything. By giving us the option to have co-op, without cramming it down our throats, they've improved their formula without hurting the experience. 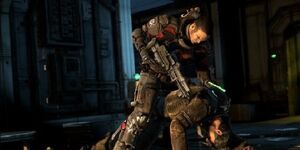 Another thing I especially liked was how the story and dialogue changes dynamically based on how you play. This makes the game feel as though it was built around the idea of playing your way, whichever way you play. Co-op isn't forced upon you, and at the same time, it doesn't feel tacked on either. 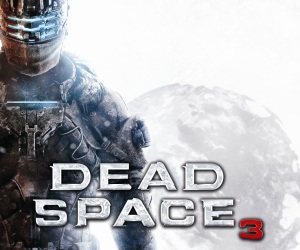 I gotta say, I was pleasantly surprised when I played the demo. The simple joy of dismemberment is still largely intact, whereas the latest Resident Evil instalment felt lacking in the game feel department. Hell, even the gunfights weren't that bad, at least from what I saw. Truth be told, I was expecting a disaster. When I got my hands on the demo however, I kept finding things I liked about it. It may not be as atmospheric or spooky as previous titles, but it seems like one hell of a ride, and as a hard core fan of the franchise, I'm hyped. After playing, I even went out and pre-ordered it. I'll be taking that SMG, thank you very much.

Retrieved from "https://deadspace.fandom.com/wiki/User_blog:The_Milkman/Embracing_Action_Horror:_Diseccting_the_Dead_Space_3_Demo?oldid=106325"
Community content is available under CC-BY-SA unless otherwise noted.